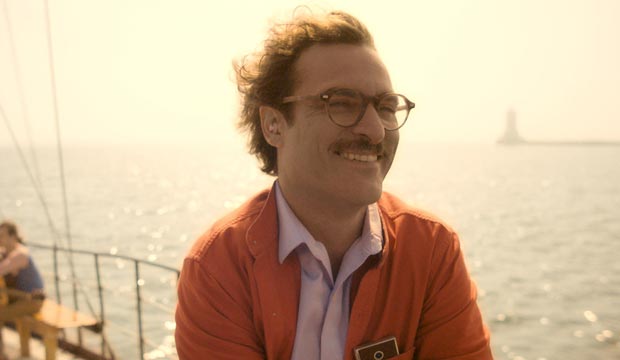 Joaquin Phoenix is celebrating his fourth Oscar nomination, and soon enough, he might be celebrating his first win. This past year was a big one for him with the universal praise for his performance in the violent Todd Phillips movie “Joker,” which has already earned him Best Actor victories at the Golden Globes, SAG and Critics Choice Awards, not to mention a bid at BAFTA. Is his first Oscar victory on the horizon? In honor of his latest achievement, let’s binge some of Phoenix’s best films on Netflix right now.

Unfortunately, his performance as the maniacal Batman villain isn’t currently available on the streamer, but that shouldn’t stop you from enjoying some of your favorite Phoenix outings, including his Oscar nominated turn in “The Master” (2012) and his Golden Globe nominated role in “Her” (2013).

Prior to his bid for “Joker,” Phoenix contended at the Oscars once in supporting (“Gladiator” in 2000) and twice in lead (“Walk the Line” in 2005 and “The Master”). All three earned him Golden Globe nominations, while “Walk the Line” brought him a victory as Best Comedy/Musical Actor. He competed in the lead comedy acting category once again for “Inherent Vice” (2014). He’s also a SAG nominee for “Gladiator” (ensemble and supporting), “Hotel Rwanda” (Best Ensemble in 2004) and “Walk the Line.”

He might soon join the winners circle for playing Arthur Fleck, a deranged loner who transforms into a maniacal killer clown known as Joker. But before you watch his Oscar acceptance speech, plop down on the couch and start your Netflix binge-a-thon with these great Joaquin Phoenix titles.