Three-time Golden Globe Award winner Jodie Foster is nominated for the first time in nine years, for portraying Nancy Hollander in the new docudrama “The Mauritanian” from STX. She contends in the Best Supporting Actress race as the real-life defense attorney; Foster’s co-star Tahar Rahim is up for Best Drama Actor as her client Mohamedou Ould Salahi, who was detained at Guantanamo Bay from 2002 to 2016.

Hollander was on set during filming and Foster explains in her exclusive interview with Gold Derby about playing her (watch the video above), “There are a few things that I didn’t take from her because I felt like they might hurt the pace of the movie or they might not help establish the relationship with Mohamedou.”

Foster reveals that she excised swaths of her own material after joining the project to remove the “more distracting parts of Nancy’s life.” She elaborates, “There was a lot of extraneous backstory that was sort of interesting about Nancy’s life — about her life as a mom and her life as an ex-wife, the personal reasons that perhaps made her take on this job, but they really didn’t add anything to Mohamedou’s story, so I was very keen on taking that out.” Foster explains more broadly, “Part of the process of developing a screenplay and really preparing for production is paring away the stuff that obscures your story and really identifying what it is that you’re trying to say and what we all knew is that we wanted to tell Mohamedou’s story and that everything that is in the movie has to serve that end.”

Many of these scripted scenes that were never filmed were flashbacks that were set prior to the main narrative, but Foster also reveals that “there was a lot of discussion” about extending the story on the other side chronologically. The film’s actual ending is intentionally abrupt, to the point that Foster cites it as “about two and a half seconds” of runtime. Foster admits that she “really lobbied” for more of an exploration on screen of the implications of the film’s finale, but concedes that the final cut “handled that beautifully.”

In addition to her Globe wins, the Hollywood Foreign Press Association also rewarded Foster with the Cecil B. DeMille Award for life achievement in 2013. She has won two Oscars for “The Accused” and “The Silence of the Lambs” among her four career nominations (including “Taxi Driver” and “Nell”). 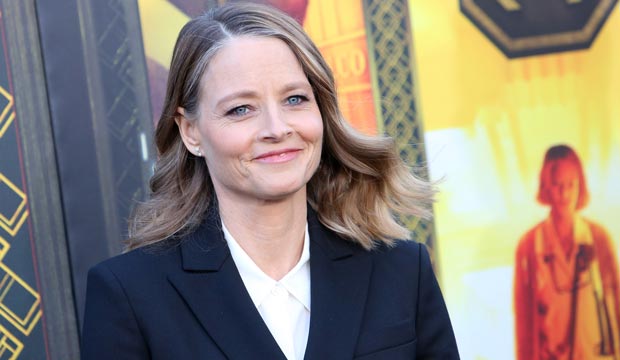