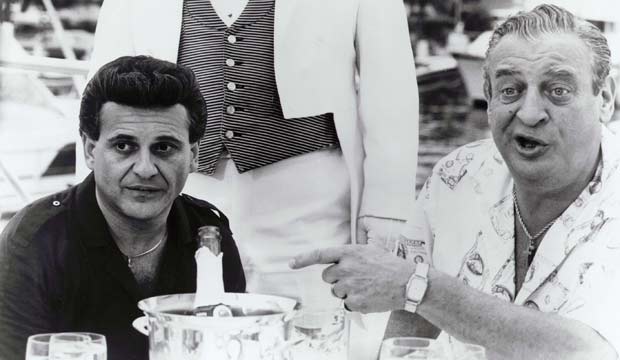 Joe Pesci will celebrate his 76th birthday on February 9, 2019. The actor started his career at a very young age, appearing on the New York Stage before he even turned five. By the time he was 10 years old, he was a regular on a television show called “Startime Kids.”

In his teen years Pesci lost interest in acting and instead started trying to launch a career as a musician. Despite releasing a record of his own his musical career didn’t really take off but he did play an instrumental part in the creation of the highly successful musical act Frankie Valli and The Four Seasons. Pesci was friends with Valli and other members of the group and he introduced them to the person that would launch their success.

Pesci then teamed with another actor and tried the stand-up comedy circuit. The duo would also co-star in a low budget film that somehow attracted the attention of director Martin Scorsese and actor Robert De Niro. Those two cast him in “Raging Bull” which would land all three of them Oscar nominations. Pesci would lose that award but would win 10 years later for his work in another Scorsese/De Niro film, “Goodfellas.

He would go on to have a highly successful run for the next 20 years in films but then around 1998, he unofficially seemed to retire from the movie business. In those years he only appeared in one less than successful film with Helen Mirren, “Love Ranch” (2010), and in a cameo in a film directed by De Niro, “The Good Shepard” (2006). He will be returning to work with De Niro and Scorsese this year in another Mafia film about the murder of union leader Jimmy Hoffa, the Netflix release “The Irishman.”

To celebrate Pesci’s birthday, tour our photo gallery above of his 10 greatest film performances, ranked from worst to best. In addition to the movies mentioned above, we include “Home Alone,” “My Cousin Vinny” and more.