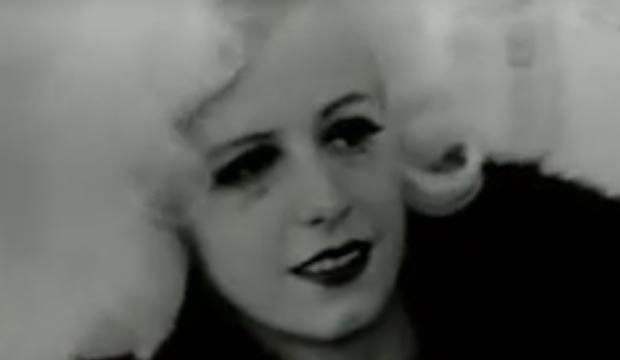 Baltimore native John Waters is filmdom’s pencil-mustached titan of trash who has spent a lifetime of dumpster-diving into a vat of bad taste, sleaze, kinky gross-outs, over-the-top camp, maudlin melodramatics, sick jokes, taboo sexuality, vulgarity and bizarre personalities. At least he has a fabulous sense of humor. The director, who turns 72 on April 22, is a New York University film school dropout who instead became a scholar of transgressive, envelope-shredding cinema, influenced by the directorial likes of Herschell Gordon Lewis, Federico Fellini, William Castle, Douglas Sirk and Ingmar Bergman. Early on, Waters assembled a stock company of players from suburban Baltimore who he called the Dreamlanders, including Mink Stole and Edith Massey.

But Waters would find his true muse and favorite leading lady in his childhood friend, Glenn Milstead, a drag queen whose alter-ego was known as Divine. When Milstead died at age 42 from an enlarged heart in 1988, Waters ‘output went more mainstream, with brand-name actors like Johnny Depp and Kathleen Turner starring in his films. But without the presence of Divine, Waters lost some of his outsider edge. The last film he helmed was 2004’s “A Dirty Shame,” which earned an NC-17 rating. In 2008, he tried to make a Christmas film for children, “Fruitcake,” but the company who backed it went out of business.

He has other creative outlets, such as photo-based art and installations that display a sense of humor. Waters also tours with his annual Christmas show that began in 1996. One of his more quirky outlets was when he went on a cross-country hitchhiking trip in 2012, and wrote about his encounters in his 2014 book, “Carsick.” Waters also acts, most recently playing one of his idols, gimmicky B-movie king William Castle, on TV’s “Feud.” In honor of this one-of-a-kind auteur, here is a ranking of all of his 12 films ranked from worst to best, including “Pink Flamingos,” “Hairspray,” “Cry-Baby” and “Serial Mom.”