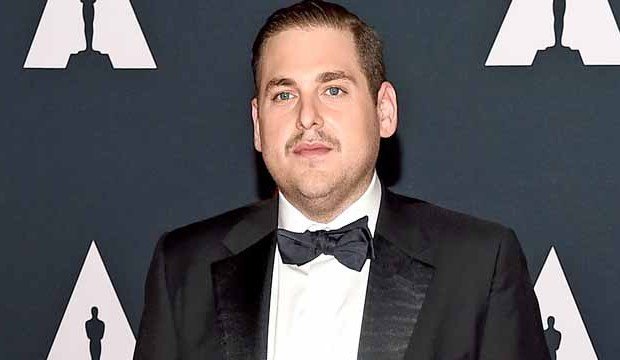 Jonah Hill managed to pick up two Oscar nominations before his 30th birthday. It is a pretty impressive fete since the bulk of Hill’s early film work had been in outrageous comedies like “Superbad” and “21 Jump Street,” which seldom are recognized by Academy voters. He did take some serious roles in “Moneyball” and “The Wolf of Wall Street” which earned him those two nominations.

This year Hill turns his sights on television where he and Oscar Winner Emma Stone just launched their new television series  “Maniac” on Netflix. It tells the story of people who take part in an experimental drug test that doesn’t work out as planned. The new drug is supposed to solve the problems of whoever it is that takes it, but that actually doesn’t happen.

Hill started his career as a playwright. He wrote and performed a number of plays while he was attending The New School in New York City. Those plays led him to meeting the children of Dustin Hoffman who then got Hill an audition for a small role in “I Heart Huckabees.” That film lead him to associations with Seth Rogen and Judd Apatow, with whom he has worked a number of times. That led to work with Joel and Ethan Coen, Martin Scorsese and more.

With “Maniac” premiering, let’s take a tour of Hill’s 12 greatest feature film performances, ranked from worst to best, in the photo gallery above.

11. FUNNY PEOPLE (2009)
Hill once again played Rogen’s roommate in an Apatow film in this dark comedy. The film stars Adam Sandler as a depressed stand-up comedian turned movie star who is unhappy with the low quality of the films he turns out. Things become even worse for him when he is diagnosed with a form of cancer with a low survival rate. Hill plays a stand-up comic whose career is beginning to take off.

10. CYRUS (2010)
Hill had a key role in this early film from Mark and Jay Duplass, who would go on to produce a number of successful films and television series. This story revolves around the beginning relationship between a middle aged couple (John C. Reilly, Marisa Tomei) and the problems the couple face in starting their romance. The biggest hurdle the couple have towards happiness is Tomei’s difficult son Cyrus, played by Hill.

9. HAIL, CAESAR! (2016)
Hill has worked with some esteemed directors during his brief film career. He joined the Coen brothers on a story about the Hollywood studio system of the 1950s. He has a small role as a man the studios hire to prevent scandals and bad press for their stars. Hill’s character is charged with providing foster care to the child of a young unmarried actress who gets pregnant.

8. 22 JUMP STREET (2014)
It is quite rare when a sequel rises to the same level as the original but that is exactly what happened for “21 Jump Street.” Both the sequel and the original have equal scores on Rotten Tomatoes of 85% positive reviews. This time the inept cops are sent to college to continue their undercover work.

7. THIS IS THE END (2013)
Rogen, James Franco, Jay Baruchel and Hill play heightened versions of themselves in this film about how the end of the world arrives and this group of pampered actors have to deal with it. Hill goes through a series of disasters including being possessed by a demon.

6. WAR DOGS (2016)
Hill earned a Golden Globe nomination as Best Comedy/Musical Actor for this story based on actual incidents. Hill and his friend (played by Miles Teller) are a pair of young men who get involved with bidding on U.S. military contracts. They find themselves in deep waters when they are asked to take on a 300 million dollar deal to run the Afghan military.

5. 21 JUMP STREET (2012)
“21 Jump Street” was a television show that was one of the first programs to air on new network Fox. It is probably best remembered today for introducing Johnny Depp to stardom. The series was the story of a bunch of young looking cops who go undercover and pose as teenagers to stop various crimes. The series played it seriously but this film version had Hill paired with Channing Tatum as two less than competent cops and was done as a comedy.

4. SUPERBAD (2007)
Rogen wrote and Apatow produced this film about two socially awkward high school students who try to score points with the cool kids at school (and also perhaps impress a few young women) by throwing a huge party. Michael Cera and Hill are both quite funny and sort of sadly charming as two high school misfits who just can’t seem to figure out how to get themselves out of the unpopular status they occupy in their high school.

3. GET HIM TO THE GREEK (2010)
Hill plays a young man interning at a record company who is assigned to escort an outrageous British rock star to his concert. The concert is to take place in Los Angeles’ Greek Theater, hence the title. Russell Brand is wildly out of control and manic as the rock star. Hill plays the desperate intern who is assigned the task of getting Brand from London to the Greek Theater without him ingesting too many drugs or imbibing too much alcohol.

2. THE WOLF OF WALL STREET
It was a bit of a shock when Hill’s name was called as a nominee for Best Supporting Actor when the Oscar nominations were announced in 2014, not because of performance but due to him not receiving support at earlier awards shows. Hill plays the best friend of the title character who joins him in a corrupt stock market business, which ultimately results in Leonardo DiCaprio‘s character spending time in jail. The film may have done better in awards totals had Martin Scorsese finished the post production of the film earlier.

1. MONEYBALL (2011)
Hill earned his first Best Supporting Actor Oscar nomination for this film, but unlike with “The Wolf of Wall Street” his nomination was not a surprise. He had met all the precursor marks this year being nominated by BAFTA, SAG and the Golden Globes. Hill plays an Economics graduate of Yale University who devlopes a computer system to pick baseball players based on computer generated statistics. He is then hired as Assistant General Manager for the Oakland A’s to implement his system and help the team out of a huge slump.