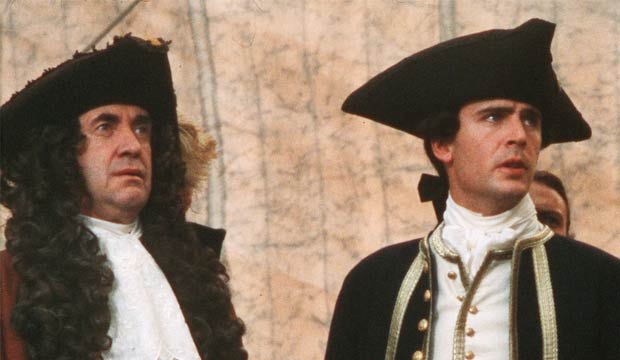 Fresh off his first Oscar nomination for “The Two Popes,” veteran actor Jonathan Pryce could find himself back in the awards race thanks to an upcoming role in the Amazon Prime limited series “Tales From The Loop.” In honor of the show’s premiere, let’s take a look back at Pryce’s varied career in our photo gallery of his top 12 film roles, ranked worst to best.

Pryce is no stranger to awards. In addition to his Oscar nomination, he received Golden Globe and BAFTA bids for his leading performance as Pope Francis in “The Two Popes.” He earned an additional Globe nomination for “Barbarians at the Gate” (Best TV Supporting Actor in 1993) and another BAFTA nom as Best Actor for “Carrington” (1995). His stage turns have brought him two Tony wins: one as Best Featured Actor in a Play for his 1977 Broadway debut in “Comedians,” and another in 1991 as Best Actor in a Musical for “Miss Saigon.” On the small screen, he’s reaped Emmy noms as Best Movie/Mini Supporting Actor for “Barbarians” and “Cranford” (2010), as well as a SAG Ensemble nomination for his portrayal of the enigmatic High Sparrow in Season 6 of “Game of Thrones.”

His latest TV project is based on the dystopian sci-fi artwork of Simon Stålenhag, and tells the story of a small town built above a mysterious compound known as “The Loop,” where the impossible becomes possible. Pryce plays Russ Willard, head of “The Loop,” AKA the Mercer Center for Experimental Physics, and he functions as sort of a Rod Serling equivalent for the series.

“Tales From The Loop” premieres April 3rd on Amazon Prime. While you wait to see what paranormal experiments Willard is up to, revisit some of Pryce’s greatest films roles. Our photo gallery includes some of the titles listed above, as well as “Brazil,” “Evita,” “The Wife” and more.