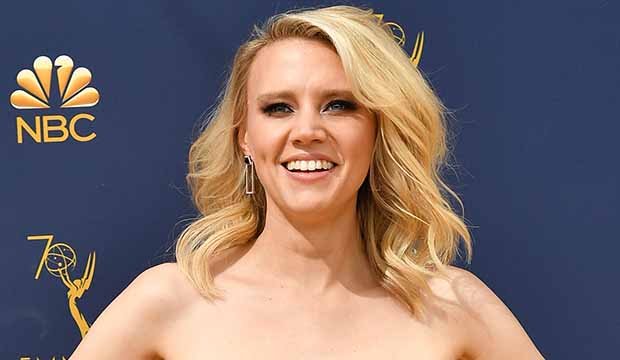 In this installment, which marks McKinnon’s final episode after 11 seasons, the actress reprised fan-favorite character Mrs. Rafferty in the cold open. After the the usual shtick by the chain-smoking Mrs. Rafferty, she volunteers to join the aliens in exchange for Earth getting alien tech. As Mrs. Rafferty boards the spacecraft, a visibly emotional and teary McKinnon clutches her chest and bids adieu. “Earth, I love ya!” she says. “Thanks for letting me stay a while.” McKinnon was one of four cast members to depart in the finale, the others being Aidy Bryant, Pete Davidson and Kyle Mooney. She and Bryant later appeared in Mooney’s final sketch, “Grey Adult Pigtails.”