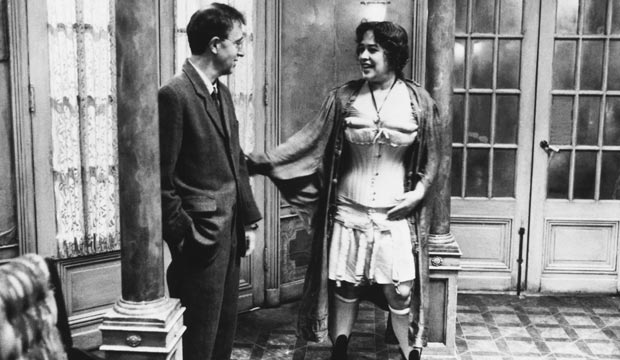 One of the biggest surprises on Oscar nominations morning came with the very first category announcement, when Kathy Bates‘s name was read in Best Supporting Actress for “Richard Jewell.” Where does Clint Eastwood‘s true life drama fall within the rest of her filmography? Tour through our photo gallery of Bates’s 15 greatest films, ranked worst to best.

Prior to her movie career, Bates was a highly respected stage actress. But when her acclaimed theater roles were adapted into film, she was never apart of the transfer. She did get to join the cast of the play “Come Back to the 5 and Dime, Jimmy Dean, Jimmy Dean” when director Robert Altman filmed the play, but in other cases she missed out. Bates saw three of her stage characters adapted to the screen but she was a part of neither: “Crimes of the Heart” (replaced by Diane Keaton), “night Mother” (replaced by Sissy Spacek) and “Frankie and Johnny” (Michelle Pfeiffer).

That all changed in 1990, when the 42-year-old thespian was suddenly thrust into movie stardom and an Oscar for her work in the film “Misery” (Best Actress, 1990). It was highly unusual for an actress with only limited film credits to take on a starring film role and win the industry’s highest honor – let alone for a horror movie – but Bates accomplished just that. She later earned Best Supporting Actress bids for “Primary Colors” (1998) and “About Schmidt” (2002).

She came roaring back to the surprise of many with “Richard Jewell,” which tells the true story of a security guard (Paul Walter Hauser) who saved the lives of many when he detected a bomb at the 1996 Olympics in Atlanta, only to be later blamed for the attempted act of terrorism. Bates plays Richard’s loving mama Bobi Jewell, who stands by her son’s side even as the FBI and media vilify him. She managed to crack the Oscar race with just a Golden Globe bid to her name, proving you should never count out Kathy Bates.

Take a tour through out photo gallery of Bates’s 15 greatest film performances, and see if your favorite topped the list.