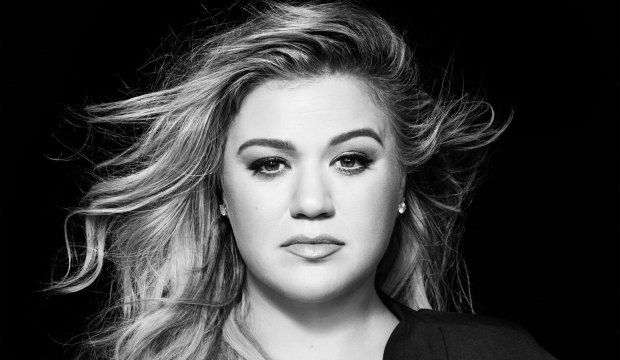 Our lives would suck without Kelly Clarkson. The pop singer known for her powerful pipes was introduced to us in the first season of “American Idol” on FOX in 2002, launching a career that spans the 21st century. She won that competition, but what are the best songs she has recorded since then? Scroll down to see how we rank her greatest hits. Do you agree with our pick for her number-one song of all time?

In the years since Clarkson’s “Idol” coronation, the show has been inconsistent in delivering artists with lasting music careers, though standouts like Carrie Underwood and Jennifer Hudson have also stood the test of time. Clarkson was actually the first “Idol” alum to win a Grammy, claiming Best Female Pop Vocal Performance (“Since U Been Gone”) and Best Pop Album (“Breakaway”) in 2006. She also claimed Best Pop Album for “Stronger” in 2013. And that album’s title track earned her her first ever bid for Record of the Year.

She also returned to TV, going back to her reality-competition roots when she joined the cast of NBC’s “The Voice” as a coach in season 14 in 2018. She won three out of her first four seasons on that show, guiding Brynn Cartelli (season 14), Chevel Shepherd (season 15) and Jake Hoot (season 17) to victory. If you want to win a singing competition, you could hardly ask for a better guide than Clarkson.

And in the fall of 2019 Clarkson debuted her syndicated daytime talk show “The Kelly Clarkson Show.” She won a Daytime Emmy in 2020 for hosting the series, making her the first “Idol” alum to cross that item off her EGOT checklist. So she’s becoming a multimedia queen, but she is still known, first and foremost, as a recording artist. Listen to her very best songs below, and let us know if you agree with our list in the comments.

Album: “All I Ever Wanted”
Songwriters: Sam Watters, Louis Biancaniello, Dameon Aranda
Accolades: This cover of an Aranda song peaked at no. 11 on Billboard’s adult top 40 chart.

Album: “All I Ever Wanted”
Songwriters: Brian Seals, Ester Dean, Brett James, Dante Jones
Accolades: Peaked at no. 1 in multiple countries including Australia and South Korea plus the U.S. adult top 40.

Album: “All I Ever Wanted”
Songwriters: Kelly Clarkson and Ryan Tedder
Accolades: This ballad peaked at no. 1 on the Billboard adult top 40 chart.

Album: “Piece by Piece”
Songwriters: Kelly Clarkson and Greg Kurstin
Accolades: The track reached new heights when Clarkson performed a slowed-down version on “American Idol,” which was eventually released as its own version that hit no. 8 on the Billboard Hot 100 and was nominated for a Grammy.

Album: “Thankful”
Songwriters: Kelly Clarkson, Evan Rogers, Carl Sturken
Accolades: While not a huge hit in the U.S., it was certified gold in Australia and performed well in many other countries.

Album: “Breakaway”
Songwriters: Max Martin and Lukasz Gottwald
Accolades: Peaking at no. 2 on the Billboard Hot 100, this single earned Clarkson a Grammy for Best Female Pop Vocal Performance in addition to awards from the MTV VMAs and Teen Choice Awards.