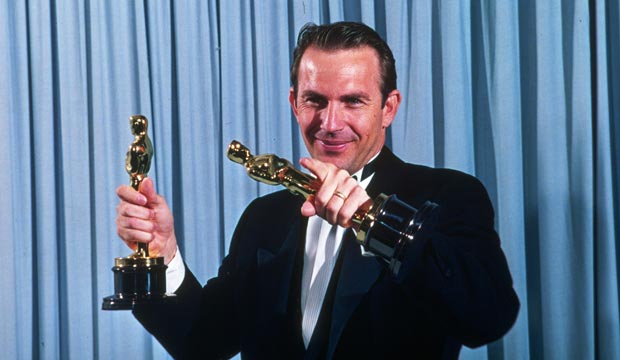 Kevin Costner has returned to the western genre which has so often brought him success. It’s not feature films this time but with the new television series “Yellowstone,” currently bringing excellent ratings to the Paramount Network. Westerns have been good to Costner at the movies, with his most successful winning him two Oscars as producer and director of “Dances with Wolves” in 1990.

Costner almost had a career that ended before it really started. After very small roles in a number of big films such as Ron Howard’s “Night Shift” and the Jessica Lange vehicle “Frances” Costner then got what could have been a star-making role. However, his role as a suicide victim in flashback scenes for “The Big Chill” was cut by director Lawrence Kasdan. The same director wou would later make it up to Costner by casting him in a showy role in the film “Silverado.”

That western launched him into a terrific run during the 1980s and 1990s, with headlining movies such as “The Untouchables,” “Bull Durham,” “JFK,” “Field of Dreams” and “Robin Hood: Prince of Thieves.” The highly expensive film “Waterworld” became a career disaster for Costner as both a director and actor. He was able to overcome the setback and has continued appearing in films and has also branched out to television in recent years, even winning an Emmy as Best Movie/Mini Actor in 2012 for “Hatfields and McCoys.”

Setting aside TV for the moment, let’s take a tour of Costner’s 15 greatest film roles, ranked from worst to best, in the photo gallery above.

15. MOLLY’S GAME (2017)
Costner recently had a key role as the father of the title character in this film from “The West Wing” creator Aaron Sorkin. In this true story, Jessica Chastain plays an aspiring Olympic skier whose career is cut short. Confused about where to turn she gets involved in the world of underground poker and in jeopardy with the law.

14. WYATT EARP (1994)
Costner reunited with frequent collaborator Kasdan for this biopic about the famed lawman who was involved in the equally famed Gunfight at the O.K. Corral. The movie provides a strong role for Costner and returns him to the western genre in which he often succeeded.

13. MR. BROOKS (2007)
Costner took on a rare villainous role in this thriller about a successful businessman and respected member of his community who also just happens to be a serial killer. The New Yorker raved about the performance: “As Brooks, he is formidable and distant at work, relaxed and authoritative at home, and sardonic and almost viciously funny on his late-night jaunts. Costner seems to be exploring aspects of himself that he’s never put on the screen before.”

12. AMERICAN FLYERS (1985)
Screenwriter and playwright Steve Tesich long had a love of bicycling. In 1979 he rode that love to an Oscar for Best Original Screenplay for the beloved classic “Breaking Away.” He returned to the setting of cycling again for this film which features Costner as one of two brothers entering a grueling bicycle race while also dealing with the fact that one of them may have a serious illness.

11. THE BODYGUARD (1992)
One of Costner’s most successful films features him as the bodyguard to a famous pop singer played by the late Whitney Houston. The two also fall in love as he tries to protect her from a stalker who is sending her death threats. An interesting footnote to the film is that Costner once thought of doing a sequel to the film in which Princess Diana would play herself. Her untimely death ended that idea though.

SEEKevin Costner Interview About ‘Hidden Figures’ and His Career

10. TIN CUP (1996)
After some unsuccessful films Costner reteamed with writer and director Ron Shelton, with whom he had had a big success with “Bull Durham.” This time the film was set in the world of professional golf. Costner co-starred with Rene Russo for an interesting romantic comedy that became a modest box office hit but a big video rental and cable TV mainstay.

9. HIDDEN FIGURES (2016)
Costner received a bit of Oscar speculation as a possible Best Supporting Actor nominee for this story of three unheralded female African-American mathematicians whose contributions to the space program were overlooked by history. While a nomination for Costner didn’t materialize, the film itself received three nominations including one for Best Picture.

8. NO WAY OUT (1987)
This film got a lot of attention for the steamy love scene Costner had in the backseat of a limo with co-star Sean Young, but it really is deserving of attention for other reasons too. The film is an intricate political thriller featuring Costner as a Lieutenant Commander of the US Navy who finds himself in the midst of political intrigue and the coverup of a murder by top political officials.

7. THE UNTOUCHABLES (1987)
“The Untouchables” was an incredibly popular television series from the early 1960s starring Robert Stack as FBI Special Agent Elliot Ness. Brian De Palma remade the series in this highly successful film adaptation that gave Costner his first leading role in a big budget blockbuster. While Costner is a bit tentative as the center of the film and supporting players Robert De Niro and Sean Connery (Oscar winner for Best Supporting Actor) reaped the majority of praise for the film, Costner brings a stoic heroism to his role and secured himself a spot as a top leading man.

6. JFK (1991)
Costner has the lead role in what is one of the most controversial movies ever made. The passion project of director/writer Oliver Stone presents the idea that President John F. Kennedy was not murdered just by the gunman Lee Harvey Oswald but instead by a vast conspiracy of government officials. Costner plays New Orleans District Attorney Jim Garrison, who opened an investigation into the case and believed in the conspiracy.

5. BULL DURHAM (1988)
In one of the famous speeches of his career, Costner goes through a long list of his beliefs in order to seduce Susan Sarandon in this baseball film. This is one of Costner’s most popular films, offering him the role of a minor league baseball player who has never been able to make it to the major leagues but eventually finds love with a baseball groupie played by Sarandon.

4. A PERFECT WORLD (1993)
After a serious of heroic roles, Costner took a darker turn as an escaped convict who takes a young boy hostage for director Clint Eastwood. Audiences were a little disappointed seeing Costner as this anti-hero, but it is actually one of his most interesting performances and a brave attempt to step out of the good guy image most of his films portrayed.

3. FIELD OF DREAMS (1989)
This fantasy film about a farmer who starts hearing voices saying “if you build it they will come” is an example of the rare genre, the male tearjerker. You’d probably have to go back to the TV movie “Brian’s Song” to find another film that combined sports and sentimentality to such an extent that it made grown man cry. Despite cries from people that he is going insane, an Iowa farmer (Costner) builds a baseball diamond in his cornfield which brings famous baseball players from the past as well as Costner’s own father back to life.

2. DANCES WITH WOLVES (1990)
Costner directed, produced and starred in this epic story of a Civil War soldier who finds himself alone in a remote era where he befriends wolves and native Americans. With its three-hour running time speculation began that the film would be a disaster for Costner, but just the opposite happened. The film was nominated for 12 Academy Awards, winning eight of them including Best Picture and Best Director for Costner.

1. SILVERADO (1985)
Kasdan made up for cutting Costner from “The Big Chill” by giving him the showiest role in his western “Silverado.” The all-star cast does well in this classy attempt to revive the western but Costner stands out. Kasdan lets Costner go full out here as the funniest and most gung ho of the cast members in this film.