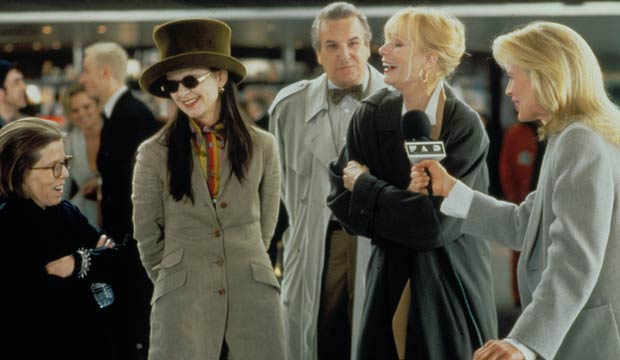 Kim Basinger celebrates her 66th birthday on December 8, 2019. The blonde bombshell has certainly proved her bonafides as an actress, quickly going from sex symbol to respected Oscar winner. In honor of her birthday, let’s take a look back at 10 of her greatest films, ranked worst to best.

Born in 1953 in Athens, Georgia, Basinger got her start as a model before turning to acting, catching the attentions of movie audiences as a Bond girl in the Sean Connery-starring “Never Say Never Again” (1983). She earned her first Golden Globe nomination soon thereafter for a supporting performance as Robert Redford‘s love interest in “The Natural” (1984).

She courted controversy with her sexually explicit turn in Adrien Lyne‘s “9 1/2 Weeks” (1986) and became a box office draw with Tim Burton‘s superhero smash “Batman” (1989). She even proved she could poke fun at herself with a cameo appearance in “Wayne’s World 2” (1992) as the aptly-named Honey Horneé.

It was with Curtis Hanson‘s neo-noir masterpiece “L.A. Confidential” (1997) that she achieved her greatest critical success. As Lynn Bracken, a Veronica Lake look-alike working as a prostitute in 1950s Los Angeles, Basinger hit the Oscar jackpot with a Best Supporting Actress victory. The role brought her additional prizes at the Golden Globes and SAG (tied with Gloria Stuart for “Titanic”), plus a bid at BAFTA. She also competed at SAG as part of the film’s ensemble.