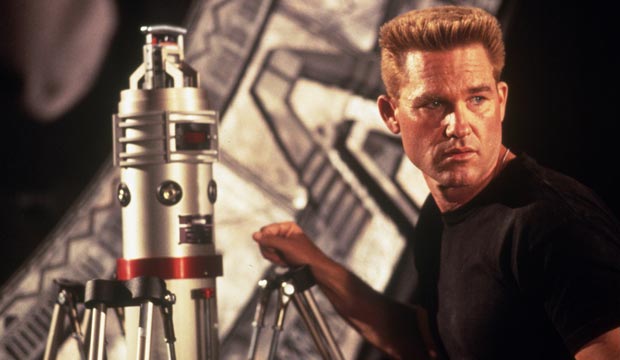 Kurt Russell was born on March 17, 1951, in the Los Angeles suburb of Thousand Oaks. He will celebrate his 68th birthday this year, so Gold Derby is taking a look back at his film career.

Russell started acting at the age of 12 on various television programs. In the 1960s he was signed to a 10-year contract with Walt Disney, which led to his appearance in many of the Disney films of the era (“Follow Me, Boys!,” “The Computer Wore Tennis Shoes,” “The Barefoot Executive”). According to the late Robert Osborne of TCM (via Wikipedia), he became the studio’s top star of the 1970s.

Those Disney appearances did typecast Russell a bit and he would be stuck playing many roles that were somewhat wholesome in nature. He would turn that image around when director John Carpenter (fresh from the surprise blockbuster success of “Halloween”) cast him in the lead role of Elvis Presley in a TV movie called “Elvis!” That television film was really the first time Russell was taken seriously as an actor and it earned him an Emmy nomination. Carpenter and Russell would become frequent collaborators in the future, and two years later Carpenter would help Russell shake his good guy image for good when he cast him as the lead role of an ex-convict action hero in “Escape from New York.”

Working with Mike Nichols, Meryl Streep and Cher on “Silkwood” would earn him a Golden Globe nomination as Best Supporting Actor of 1983. In 1984 Russell would make the film “Swing Shift,” which was a complicated disaster for all involved when director Jonathan Demme and producer/star Goldie Hawn fought over the film’s final cut. There would be some bright spots to the turmoil of “Swing Shift.” Christine Lahti received an Oscar nomination and the New York Film Critics Circle Award as Best Supporting Actress. Russell would fall in love and with his leading lady Hawn and remain together to this day.

Tour our photo gallery above of Russell’s 15 greatest film performances, ranked from worst to best. Our list includes the movies mentioned above, plus “Tombstone,” “The Hateful Eight,” “Overboard,” “Breakdown” and more.