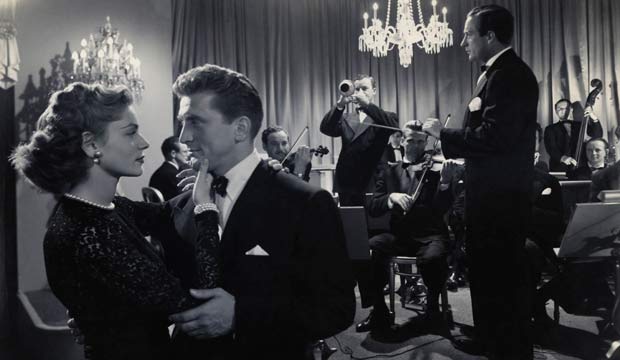 Lauren Bacall would’ve celebrated her 94th birthday on September 16. The Hollywood icon showed no signs of slowing down, continuing to work until her death in 2014 at the age of 89. In honor of her birthday, let’s take a look back at 15 of her greatest films, ranked worst to best.

Bacall made her feature debut with Howard Hawks‘ adventure yarn “To Have and Have Not” (1945). The film was a landmark for the actress in both her career and her life, since it was how she met her future husband Humphrey Bogart. The two would become a legendary couple off-screen and on, making three subsequent features together: “The Big Sleep” (1946), “Dark Passage” (1947), and “Key Largo” (1948).

Despite her hefty filmography, Bacall received just one Oscar nomination in her career: Best Supporting Actress for “The Mirror Has Two Faces” (1996), in which she played Barbra Streisand‘s domineering mother. After victories at the Golden Globes and SAG, Bacall looked like a shoo-in to finally clinch an Academy Award, yet lost to Juliette Binoche (“The English Patient”).

Bacall also had a successful stage career, winning two Tonys as Best Actress in a Musical (“Applause” in 1970 and “Woman of the Year” in 1981″). Her small screen work for the TV edition of “Applause,” a guest spot on “The Rockford Files,” and as a producer on “Great Performances: Bacall on Bogart” brought her Emmy nominations as well.

Although she never won a competitive Oscar, the Academy rewarded Bacall an honorary statuette in 2010. She received the Kennedy Center Honor in 1997 and was inducted into the American Theater Hall of Fame in 1998.

Rather than retire gracefully, the actress continued to stretch as a performer well into her twilight years, appearing in daring films from such directors as Lars Von Trier (“Dogville” and “Manderlay”) and Jonathan Glazer (“Birth”).

Tour our photo gallery of Bacall’s 15 greatest films, including a few classics that should’ve led to Oscar nominations.

15. YOUNG MAN WITH A HORN (1950)
Viewed today, “Young Man with a Horn” is more notable for its buried lesbian subtext than for its generic plot. Kirk Douglas stars as the titular musician, who experiences the highs and lows of fame and fortune. Bacall plays his wife, Amy, an aspiring psychiatrist haunted both by her mother’s suicide and her hidden bisexuality (snuck in with hints and codewords to bypass the strict Motion Picture Production Code).

14. MISERY (1990)
Bacall has a small but memorable role in Rob Reiner’s thoroughly entertaining Stephen King adaptation. James Caan stars as novelist Paul Sheldon. When he wrecks his car during a snowstorm, he’s rescued by his “Number One Fan,” Annie Wilkes (Kathy Bates in an Oscar-winning turn). Bacall plays Paul’s agent, who enlists a local sheriff (Richard Farnsworth) to track her client down.

13. BIRTH (2004)
In Jonathan Glazer’s “Birth,” Nicole Kidman plays a woman mourning the loss of her husband, who died 10 years ago. Into her life comes a 10-year-old boy (Cameron Bright) who claims to be her late husband reincarnated. Bacall co-stars as the woman’s rightfully skeptical mother.

12. THE SHOOTIST (1976)
John Wayne has one of his best roles in Don Siegel’s “The Shootist,” playing a cancer-ridden gunfighter hoping to die with dignity. But no matter how hard he tries, he can’t escape his past. Bacall reaped a BAFTA nomination as Best Actress for playing a widow who rents the dying man a room in her boarding house, and frets when her teenage son (Golden Globe-nominee Ron Howard) starts looking up to him as a father figure.

11. DOGVILLE (2003)/MANDERLAY (2005)
Bacall paired up with Danish provocateur Lars Von Trier for a pair of challenging films about American xenophobia. Shot entirely on sound stages with chalk outlines for sets, “Dogville” and “Manderlay” aren’t everybody’s cup of tea, but then you could say that about all of his films. Bacall gives memorable performances as the icy general store owner in the former and the iron-fisted plantation owner in the latter.

10. MURDER ON THE ORIENT EXPRESS (1974)
This is the kind of big-budget, star-studded, entertainment Hollywood rarely makes anymore (other than the 2017 rendition from Kenneth Branagh). Directed by Sidney Lumet, this adaptation of Agatha Christie’s classic whodunnit stars Albert Finney as Hercule Poirot, an eccentric detective called upon to investigate a murder aboard a train car stuck in deep snow. Everyone is a suspect, including Bacall as an elegant American widow and Ingrid Bergman (in an Oscar-winning performance) as a shy Swedish maid.

9. HOW TO MARRY A MILLIONAIRE (1953)
Need tips on how to land a sugar daddy? Look no further than Jean Negulesco’s splashy romantic comedy about three gold diggers (Bacall, Marilyn Monroe, and Betty Grable) looking for their perfect millionaire match. Yet wouldn’t you know it, they find true love along the way. While Bacall shines as the ingenious Schatze Page, all the focus is on Monroe as blonde bombshell Pola Debevoise.

8. DARK PASSAGE (1947)
In “Dark Passage,” a man convicted of murdering his wife escapes from prison and undergoes plastic surgery to change his appearance, re-emerging as Humphrey Bogart. Bacall is the helpful woman who lets him hideout in her apartment while he tries to clear his name. The improbable concept is boosted by Delmer Daves’ choice to shoot the first half of the film mostly from the main character’s point-of-view to avoid showing his face until his appearance changes. And as always, Bogart and Bacall shine together.

7. DESIGNING WOMAN (1957)
Not to be confused with the TV show “Designing Women,” this Vincente Minnelli-directed comedy stars Bacall as a fashion designer who marries a sportswriter (Gregory Peck) following a whirlwind romance, only to find out their match is less than perfect. George Wells won an Oscar for his original screenplay, which mines a lot of gold out of this odd couple’s attempts to adjust to each other’s lives.

6. HARPER (1966)
Paul Newman is his usual cool self as Lew Harper, a private detective hired by a wealthy woman (Bacall) to track down her missing husband. The film pays homage to the great Humphrey Bogart film noirs of the past, notably in the casting of his widow in a role reminiscent of General Sternwood in “The Big Sleep” (right down to the wheelchair).

5. THE MIRROR HAS TWO FACES (1996)
Bacall received the only Oscar nomination in her long career for Barbra Streisand’s witty romantic comedy. Streisand stars as a shy literature professor who falls in love with an equally lonely but brilliant colleague (Jeff Bridges) who wants a non-physical relationship. Bacall plays Streisand’s overbearing mother, who only wants the best for her daughter. After victories at the Golden Globes and SAG Awards, it looked like the Academy would finally get around to rewarding this Hollywood legend. Yet on Oscar night, Bacall lost to Juliette Binoche for the Best Picture-winning “The English Patient.”

4. KEY LARGO (1948)
The fourth and final collaboration between Bacall and her husband, Humphrey Bogart, is this John Huston-helmed adaptation of Maxwell Anderson’s acclaimed play (albeit with a few minor alterations). In “Key Largo,” a vicious gangster (Edward G. Robinson) holds a group of people hostage in a Florida hotel during a hurricane, including an ex-major (Bogart), his best friend’s widow (Bacall), and her father-in-law (Lionel Barrymore).

3. WRITTEN ON THE WIND (1956)
Trashed by critics and adored by audiences in their time, the melodramas of Douglas Sirk have found a resurgence in serious film circles, inspiring such auteurs as Pedro Almodovar and Todd Haynes with their mix of gloss and satire. In “Written on the Wind,” a rich Texas playboy (Robert Stack) marries a beautiful woman (Bacall) who’s adored by his best friend (Rock Hudson). He gives up drinking for his new wife, only to fall off the wagon when he finds out he’s “impotent,” thus driving her into his Rock’s arms.

2. TO HAVE AND HAVE NOT (1944)
“To Have and Have Not” was a landmark in both Bacall’s career and in her life, since it was not only her screen debut but also how she met her future husband, Humphrey Bogart. (Legend has it director Howard Hawks had his eye on her as well, but Bogie won her heart.) Based on a book by Ernest Hemingway (co-adapted by William Faulkner), the film concerns a romance between an ex-patriate (Bogart) and an American drifter (Bacall) during the burgeoning resistance in Vichy France.

1. THE BIG SLEEP (1946)
Following the success of “To Have and Have Not,” Bacall reunited with co-star (and future husband) Humphrey Bogart and director Howard Hawks for an even greater followup. To describe the plot of “The Big Sleep” — in which private detective Phillip Marlowe (Humphrey Bogart) becomes entangled in a web of deceit, blackmail, and murder when he’s hired by the wealthy General Sternwood (Charles Waldron) — would be an exercise in futility, since no one involved could describe it either. (Apparently Hawks phoned novelist Raymond Chandler one day to ask about a key plot point and the author was equally clueless.) No matter, because this is a film that’s all about style, mood, and attitude, not to mention the sizzling romance between Marlowe and the General’s sexy daughter (Bacall). Decades later, “The Big Sleep” remains the gold standard for film noir fun.