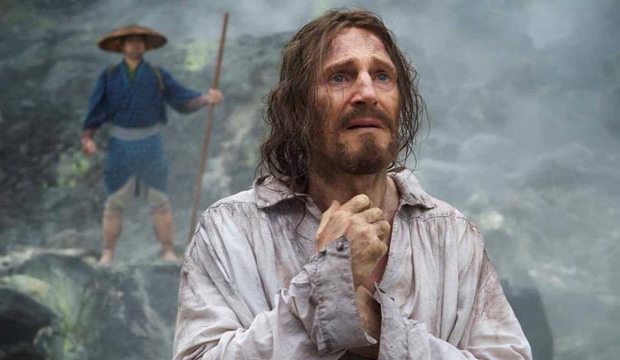 Liam Neeson’s recent film release “The Commuter” opened this month to a somewhat strong box office but has not fared as well with reactions, receiving only a 58% approval rating from critics and a 49% approval rating from audiences. While this latest film will probably not be remembered as one of Neeson’s best, the actor has an esteemed film resume that he has cultivated in his nearly 40-year career.

Born in Northern Ireland, the actor started in the Irish theater before embarking on a film career. He had a small role in the stylish 1981 King Arthur film called “Excalibur” which quickly provided him roles in other films and on television. Neeson struggled a bit in his early days to find substantial roles and was often cast based on his good looks and imposing physical appearance. Gradually he began to establish himself as a serious actor worthy of deeper roles.

Some of this was accomplished by his frequent return to the stage particularly in a highly acclaimed Broadway revival of Eugene O’Neill’s “Anna Christie” in which he met his future wife Natasha Richardson and was spotted by Steven Spielberg, who cast him in his film “Schindler’s List.”

Neeson’s filmography includes such diverse work as the “Star Wars” prequel films to playing extremely against type as Oscar Wilde in the Broadway play “The Judas Kiss.” In recent years the actor has made a lot of action films and thrillers which were sometimes met with less than enthusiastic words from critics although some were box office hits. Part of the variation in quality that his recent output includes may be due to the fact that the actor has said he needed to keep busy and accept a lot of film offers as a way to deal with the grief he felt after his wife was killed in a freak ski accident.

While not all his films are classics he has produced an impressive number of fine performances. Take a tour in our photo gallery above of his 12 greatest movies, ranked from worst to best.

12. SILENCE (2016)
Neeson had a prime supporting role as Cristovao Ferreria in Martin Scorsese’s 2016 film. Neeson plays a Jesuit priest who while trying to convert people to Christianity witnesses the torture and abuse of those who have converted. He is rumored to have renounced his faith after he himself is tortured.

11. MICHAEL COLLINS (1996)
Having been born in Northern Ireland the real-life character of Michael Collins was a role Neeson greatly aspired to play. Collins was a guerilla fighter who led a revolution against the United Kingdom which ultimately freed Ireland from being ruled by the UK.

10. ROB ROY (1995)
The year prior to “Michael Collins,” Neeson had a bigger success with the biographical drama “Rob Roy” in which he plays Scottish clan leader Robert Roy MacGregor who is fighting to save his clan from starvation. He has many passionate and dramatic scenes with the excellent Jessica Lange, however it was Tim Roth as the film’s villain who walked away with the film’s only Oscar nomination (Best Supporting Actor.)

9. NELL (1994)
Neeson had a starring role in this film that features Jodie Foster as a young woman found living alone in an isolated cabin. The girl seems to speak her own language and has lives an isolated life not interacting with other people. Neeson plays the town doctor who is called in to figure out how to communicate with the girl.

8. TAKEN (2008)
Neeson had one of his most popular and successful films in 2008 with “Taken,” the story of a retired CIA agent named Bryan Mills who is trying to rekindle is relationship with his teenage daughter. When the daughter is kidnapped Neeson embarks on a long and action-packed journey to find her. The film was a huge box office success and two sequels to the original were eventually made.

7. BATMAN BEGINS (2005)
Neeson had a key role and a surprisingly villainous one in this first film of the Christopher Nolan-directed Batman movies. After Gary Oldman opted instead to play Commissioner Gordon in the film, Nolan cast Neeson against type as the film’s crazy main villain. First revealed as a sympathetic character (which Neeson usually plays), Nolan is said to have loved the surprise factor that Neeson turns out to be the film’s most insane character.

6. KINSEY (2004)
Neeson played the title role of Alfred Kinsey, a pioneering doctor who studied sexual behavior in this biopic. Kinsey was one of the first people to exclusively study sexuality in humans and published a landmark book on the subject in 1948. On Oscar day, he was left out but his co-star Laura Linney did receive a Supporting Actress nomination.

5. GANGS OF NEW YORK (2002)
In one of Scorsese’s most acclaimed but also most divisive films, Neeson has a small but pivotal role as Priest Vallon, the leader of one of two warring gangs in 1800s New York City. Neeson leads the Catholic gang while Daniel Day-Lewis as Bill the Butcher leads the protestant faction.

4. HUSBANDS AND WIVES (2002)
This Woody Allen film was somewhat overshadowed in its release by the war that had broke out between Allen and his then-girlfriend and usual leading lady Mia Farrow. The film is a volatile and often painful look at the difficulties people have in romantic relationship. Neeson plays a sensitive magazine writer who gets trapped in between the films two main female characters played by Farrow and Oscar nominee Judy Davis.

3. THE GOOD MOTHER (1988)
This largely forgotten film offered Neeson one of his first starring roles in American movies. Neeson plays Leo Cutter a sculptor who begins dating Diane Keaton (in one or her best and overlooked performances) who plays a divorced piano teacher who is raising a six-year-old daughter. The film (based on a highly acclaimed novel) deals sensitively with the subject of child molestation.

2. LOVE ACTUALLY (2003)
Neeson plays an understanding but sometimes bemused widower trying to guide his young stepson through his first romantic crush and the death of his mother in this very popular film that has become a holiday season classic on TV.

1. SCHINDLER’S LIST (1993)
No film of Neeson’s will probably ever top Spielberg’s masterpiece “Schindler’s List.” Spielberg entrusted Neeson with the complex role of real life German businessman Oskar Schindler, a member of the Nazi party who moves to Poland to create a business and make money during World War II. He sets up a factory in Krakow’s Jewish Ghetto that becomes quite profitable. As the Nazi plan to exterminate the Jewish race begins Schindler witnesses the killing of most of the residents of the ghetto. This has a huge effect on him and he then begins to try to save the lives of as many of his Jewish factory workers as he can. It’s the only film so far in his career to bring him an Oscar nomination.