For “No Time to Die,” Oscar-winning cinematographer Linus Sandgren didn’t just have to figure out the essence of the James Bond franchise in his first go-around with 007, but also how to visually represent Daniel Craig’s final stand as the iconic character.

“I had discussions with [director] Cary Joji Fukunaga early on about what is the essence about the Bond genre in general and where we wanted to live with it,” Sandgren tells Gold Derby during our “Meet the Experts” cinematographers panel. “Cary was very much into the film being an adventure, an escapist journey that just should be as close to the heart of Bond as possible. We started to explore that. What he talked to me about a lot was creating a journey from the most brutal to the most intimate and emotional.”

A culmination of Craig’s time as the secret agent, “No Time to Die” ties together emotional beats from all four of the actor’s previous films as Bond, from “Casino Royale” to “Spectre,” and puts the character through an emotional wringer that traverses the globe. Reviews from critics and Bond fans have been positive, and “No Time to Die” is one of 2021’s biggest global box office successes.

“It was a lot about [creating] a roller coaster in emotions,” Sandgren says.

In no scene is that mix of the brutal, intimate, and emotional better illustrated than in a third act showstopper that finds Bond climbing a staircase in the secret lair of the film’s villain, played by Rami Malek, dispatching a horde of henchmen. For the epic sequence, Fukunaga and Sandgren decided to film without any cuts.

“Part of that end sequence is also sort of metaphoric about his journey walking up the staircase and just hitting villains along the way. But he’s trying to reach the top. He’s trying to climb up and he’s being shot at. He had already gone through so much and had been shot at and fighting throughout the movie and he’s even hurt and he gets up the staircase and through all this fire,” Sandgren explains. “It’s quite important to us that it was going to be one take because when you do one-takes — even in other films like ‘La La Land’ [for which Sandgren won his Oscar] — it’s all about really making sure people know we’re there. You’re not cutting around things, you’re actually there. We have to walk up the staircase with him, hand-held.”

That hand-held camera was crucial to the visual storytelling in “No Time to Die” as well. “In our language, hand-held, in this film was when Bond was not stable,” he says. “In other sequences when Bond is very much in control or someone is in control, we use Dolly shots or crane moves that are more smooth. Our language was when he was unstable we always shot hand-held. The idea was that the audience should feel like this could go really wrong.”

“I’m very happy with the sequence for the story of it,” Sandgren says of the scene. “It’s a tough journey.”

“No Time to Die” is in theaters and available now to rent via digital providers. 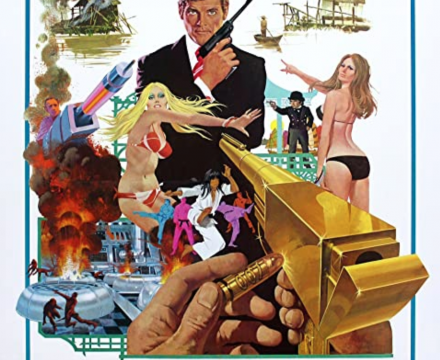