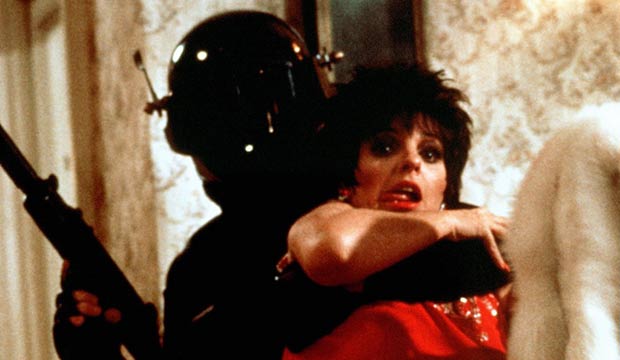 Liza Minnelli celebrates her 73rd birthday on March 12, 2019. The multi-talented performer made only a handful of movies during her long career, but how many of them are classics? In honor of her birthday, let’s take a look back at 10 of her greatest films, ranked worst to best.

The daughter of actress Judy Garland and director Vincente Minnelli, it seems almost inevitable that Minnelli would chase the spotlight. Much like her famous mother, she started performing at an early age, singing and dancing her way to a Tony win for John Kander and Fred Ebbs‘s “Flora the Red Menace” in 1965 when she was just 19 years old. She quickly recorded a series of highly-successful albums, including “Liza! Liza!” (1964), “It Amazes Me” (1965) and “There Is Time” (1966).

She earned her first Oscar nomination as Best Actress for Alan J. Pakula‘s “The Sterile Cuckoo” (1969), playing an eccentric college student romancing an uptight coed (Wendell Burton). She won that prize just three years later for “Cabaret” (1972), a big screen adaptation of Kander and Ebbs’s landmark Broadway show about a nightclub singer in 1930s Berlin. Directed by Bob Fosse, the film was a dark, decadent, and kinky musical that stood in stark contrast to the bright, cheerful songfests that made her parents famous. The role also brought her Golden Globe and BAFTA victories.

That same year, Minnelli took home an Emmy for the TV special “Liza with a Z” (directed by her “Cabaret” helmer Fosse, who also won). So she’s just a Grammy away from joining the elite ranks of EGOT winners.

Tour our photo gallery above of Minnelli’s 10 greatest films, including a few in which she didn’t sing and dance.