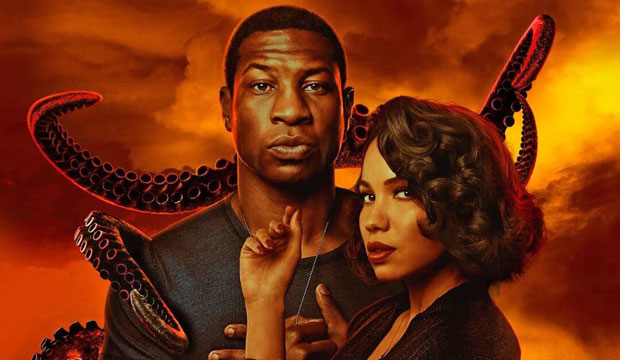 “Lovecraft Country,” which just reaped a whopping 18 Emmy nominations, tells the story of a Korean War veteran (Jonathan Majors) in the 1950s who returns home to Chicago and quickly finds himself embroiled in a supernatural mystery involving monsters, witchcraft, and his own magical lineage. We talked to multiple cast and crew members from the drama series who earned Emmy nominations. Scroll down and follow the links to watch each of our in-depth chats.

The series was created by Misha Green (“Underground”) based on a novel by Matt Ruff, and it boasts more heavy-hitters behind the camera. Its executive producers include J.J. Abrams, who won a couple of Emmys for directing and producing “Lost” in addition to other TV credits including “Felicity” and “Alias” and movie credits like “Star Trek,” “Star Trek Into Darkness,” “Star Wars: The Force Awakens,” and “Star Wars: The Rise of Skywalker.” Fellow executive producer Jordan Peele is an Emmy winner for the sketch comedy series “Key and Peele” and an Oscar winner for writing the horror film “Get Out,” which is similar to “Lovecraft” in that it uses the conventions of the horror genre to examine real-world American racism.

PREDICT the Emmy nominees until September 19

The Emmys haven’t always gone for sci-fi and fantasy fare. History is littered with acclaimed shows that never really got their due like the original “Star Trek” and “Buffy the Vampire Slayer”; the academy was even skittish about “Lost” after it won Best Drama for its first season. But that has changed drastically in recent years with prestige genre programs like “Stranger Things,” “Westworld,” and “The Mandalorian” now regularly included among Best Drama Series nominees. HBO’s epic fantasy “Game of Thrones” made history by winning more total Emmys than any other drama or comedy series in history, including a record-tying four for Best Drama. And last year’s most awarded program, the limited series “Watchmen” (also from HBO), was all about superheroes.

Will “Lovecraft” follow a similar awards trajectory? It’s early track record looks promising, especially considering its high production values. It earned five Critics Choice Award nominations including Best Drama Series. It won two prizes from the Visual Effects Society, and it earned nominations from the Screen Actors Guild, the Writers Guild, the Hollywood Makeup Artist and Hair Stylist Guild, the Cinema Audio Society, the Art Directors Guild, and the BAFTAs, in addition to being named one of 2020’s best shows by the American Film Institute.