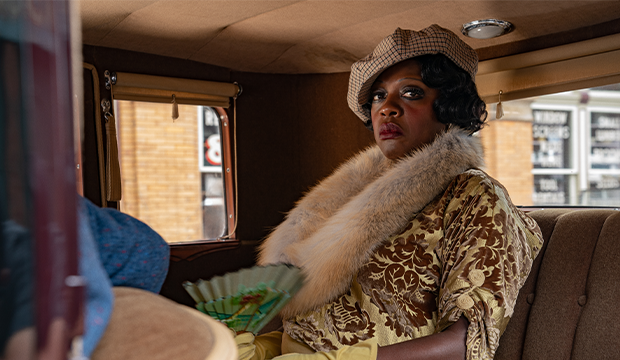 August Wilson is having a renaissance thanks Denzel Washington. The Oscar-winning actor is committed to bringing the late playwright’s entire ten-play “Century Cycle” to the screen. “Fences” was the first to get a cinematic treatment, with Washington directing and starring in this hit flick from 2016. The Century Cycle continues with “Ma Rainey’s Black Bottom” hitting Netflix. Can this bluesy drama outperform “Fences” at the Academy Awards?

According to our exclusive odds, Davis will win her second Oscar but this time, we predict her to prevail for Best Actress. If she wins for playing the titular role, she will be just the second black woman to win this award. Halle Berry made history with her win for “Monster’s Ball” in 2002. “Ma Rainey” would be Davis’ fourth nomination (she has additional bids for “The Help” and “Doubt”). That would make her the most nominated black actress of all time.

Davis is unlikely to be the only actor singled out by the academy. Chadwick Boseman sits far out front in our odds for Best Actor. There is a clear desire to reward the late actor for his formidable performance as the tragic central figure Levee.

Our prognosticators believe that “Ma Rainey” will easily replicate “Fences” Best Picture and Adapted Screenplay odds. The film sits in a comfortable third place in both races.

And there are plenty of other races where this new film can improve on “Fences” Oscar performance. Wilson’s dialogue provides a superb showcase for actors. Many pundits thought “Fences” would score at least one Supporting Actor bid, but it seems voters were too divided between Stephen McKinley Henderson and Jovan Adepo. “Ma Rainey” faces a similar conundrum with Glynn Turman and Colman Domingo both turning in captivating performances. Our odds reflect some indecision over those two contenders: Tony-nominee Domingo currently sitting in 16th place while Emmy-winner Turman hovers above him in 14th place.

Another Oscar hopeful who currently sits outside the top five in our odds is director George C. Wolfe. He is in eleventh place, but if the film is truly the top tier contender our readers believe it to be, then a Best Director bid should be a true possibility. Washington missed for “Fences,” but the directors branch is often wary about letting actors compete in their category. Wolfe is a celebrated director, winning Tonys for “Angels in America; Millennium Approaches” and “Bring in Da Noise, Bring in Da Funk (with three additional Tony wins as a producer). He also has an Emmy nomination for helming “Lackawanna Blues.” Should love for “Ma Rainey” move him up our rankings, he could score his first Oscar nomination.

“Ma Rainey’s Black Bottom” is also poised to pick up below-the-line recognition. It is in first place in our odds for Costume Design. Not a surprise considering the wardrobe is courtesy of legendary designer and Oscar winner Ann Roth. As for Production Design, the film is in second place with only the black and white “Mank” ranked higher. Once the Makeup and Hairstyling category is added to our prediction center, the movie is likely to rank high there as well. Mostly thanks to the wigs, heavy eye makeup, and gold teeth that Davis wears to become Ma Rainey.

This is the first year of the new Best Sound category, which combines Sound Editing and Sound Mixing. Our readers are confident that music heavy films will continue to fare as well in this new category as they did in Sound Mixing. “Ma Rainey’s Black Bottom” is ranked fourth here thanks to its constant use of instruments and singing during the story.

Our odds forecast at least six nominations for “Ma Rainey’s Black Bottom” and there is plenty of room for the much praised film to increase that tally. If this trend continues as new films from the Century Cycle make their big screen debut, August Wilson might just become the new Oscar good luck charm.