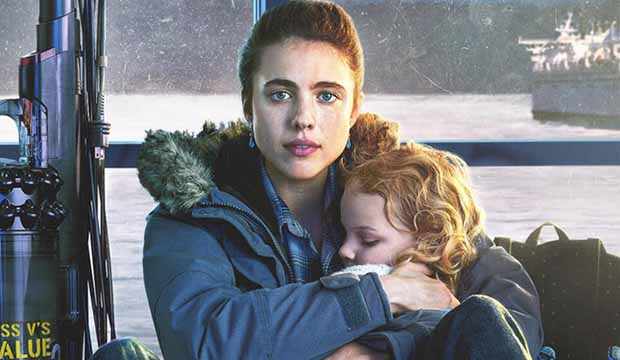 RSVP today to this specific event by clicking here to book your reservation. We’ll send you a reminder a few minutes before the start of the show.

Inspired by Stephanie Land‘s memoir “Maid: Hard Work, Low Pay, and a Mother’s Will to Survive,” the Netflix adaptation tells the story of Alex, who leaves an abusive relationship in order to make a better life for herself and her young daughter Maddy (Rylea Nevaeh Whittet). She takes a job cleaning houses to make ends meet, but all the while she has to navigate a broken social support system and legal roadblocks that make it difficult for her to escape the cycle of poverty and abuse.

Qualley plays Alex. She previously earned an Emmy nomination for her supporting role as Ann Reinking in “Fosse/Verdon” and a SAG Award nomination as a member of the ensemble cast of the film “Once Upon a Time in Hollywood.”

Qualley’s own mother MacDowell plays Alex’s mother Paula, who is unreliable due to undiagnosed bipolar disorder. MacDowell is a veteran of film and television known for her roles in “Sex, Lies, and Videotape,” “Short Cuts,” “Groundhog Day,” and “Four Weddings and a Funeral,” to name just a few.

Metzler comes to “Maid” following her work as a writer for “Orange is the New Black” and “Casual” and as a writer/producer of “Shameless.”

Wells is a six-time Emmy-winning TV veteran known for his work on the dramas “ER” and “The West Wing,” among many other credits. He was inducted into the Television Academy Hall of Fame in 2017.