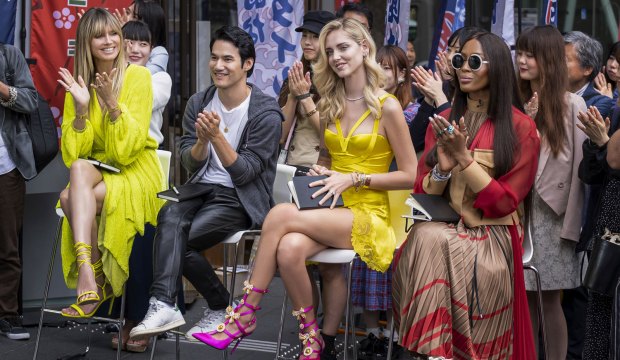 “Making the Cut” premiered over five weeks from March 27 to April 24. Now that the season is over, what did you think of the competition? And if you haven’t seen it yet, are you planning to binge all 10 hours now that the whole thing is available to view? Either way, you can scroll down for our recaps of each and every episode, every assignment, every elimination, and of course the coronation of the ultimate winner (you can watch that interview at the bottom of this post).

This fashion competition series brought together 12 designers from around the world to vie for a $1 million grand prize and a mentorship with Amazon Fashion. And streaming on the global retailer also gave the show the opportunity to sell each week’s winning looks worldwide after episodes debuted. So this show wasn’t just about the art of design, it was also about the business of retail.

Heidi Klum and Tim Gunn host and executive produce the series following their 16 seasons on “Project Runway.” Unlike that series, “Making the Cut” took its designers around the world so they could draw inspiration from fashion capitals Paris and Tokyo as well as New York City, where the competition began and ended. And the assignments tested their business acumen as well as their artistic skills.

Even the judges spanned the globe: in addition to German-American Klum, the panelists over the course of the season included British model Naomi Campbell, French fashion editor Carine Roitfelld, American TV personality Nicole Richie, Italian influencer Chiara Ferragni and American fashion designer Joseph Altuzarra. Did you agree with their choices throughout the season? Did the right designer win the whole thing? Find out what we though throughout the season below.

Episode 1: “Heidi and Tim Are Back”

Episode 4: “Fight for Your Life”

Episode 10: “The Winner: The Next Global Brand”

“Making the Cut” designers: Who was eliminated and when?

'Making the Cut' cast: Who were the 12 designers competing on Amazon, when were they eliminated, and who won?