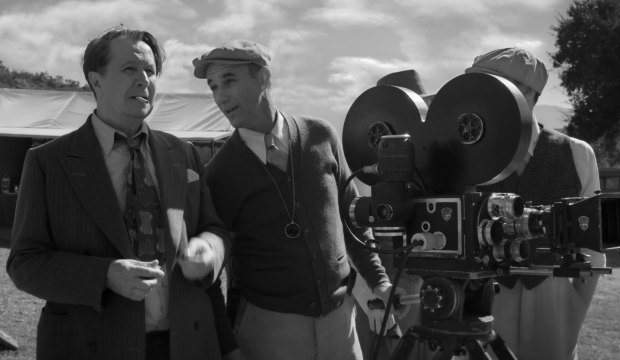 “Mank” began a limited theatrical release on November 13, 2020 before becoming available for streaming on Netflix worldwide on December 4. The black-and-white drama is a period piece set in the 1930s and 1940s, as well as a biopic for Herman J. Mankiewicz, who won an Oscar as co-screenwriter of 1941’s “Citizen Kane.”

Gary Oldman stars in the eponymous role, with Amanda Seyfried portraying Golden Age of Hollywood actress Marion Davies. Written by the late Jack Fincher, the production reunited his son David Fincher with many of his frequent collaborators, who variably have won Oscars for their work below the line on previous films that he directed.

SEEhow “Citizen Kane” did at the Oscars.

Like many films by Fincher and like many love letters to Hollywood, the film is a major player to lead the season in total number of Oscar nominations. 2008’s “The Curious Case of Benjamin Button” led the nominations under Fincher, going on to win three Oscars for its crafts. The last Hollywood-centric film to lead the Oscars was “La La Land” five years ago; it bagged a leading four trophies after scoring a record-tying 14 nominations.

“Mank” has already reaped a leading 12 Critics Choice Award nominations, after leading with six Golden Globe Award nominations. Netflix continues to shine a spotlight on the film’s Oscar-worthy technical achievements in this historically-long campaign season by making its cast and crew available for interviews. Links follow for Gold Derby’s in-depth chats with the filmmakers about the making of the film: