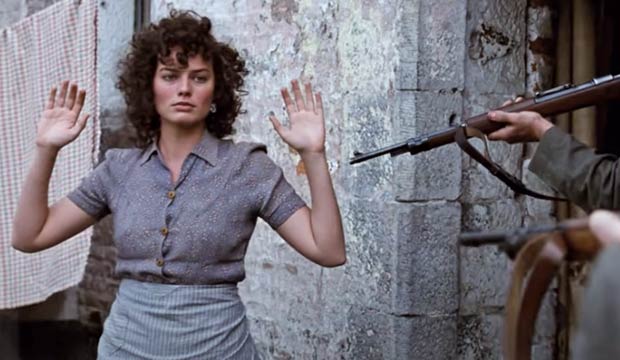 She’s played a sexually harassed Fox News anchor, a feisty, determined and ill-fated figure skater, a comic book misfit, an aspiring con artist, a wildly ambitious 1920s sexpot, a hardcore Wall Street wife, Queen Elizabeth I – and actress Sharon Tate. Whatever the role calls for, Margot Robbie has been up to to the challenge, stealing scenes and hearts and growing into a bonafide movie star while working alongside, and for, some of Hollywood’s finest actors and filmmakers. Born July 2, 1990 in Dalby, Queensland, Australia, Robbie has steadily built her resume’ over the course of 15 years, rising from TV series guest spots to feature starring roles that put her alongside the likes of Christian Bale and Brad Pitt in two movies released late last year, “Amsterdam” and “Babylon,” respectively.

Robbie has already earned a pair of Oscar nominations (“I, Tonya” in 2018, “Bombshell” in 2020), and she could well add a third to that list for “Babylon” (for which she was already nominated for a Golden Globe and a Critics Choice Award). She also has an interesting 2023 on tap, with starring roles in “Barbie” for director Greta Gerwig and “Asteroid City” for writer-director Wes Anderson, the latter of which finds her starring with Edward Norton, Tom Hanks, Scarlett Johansson, Steve Carell, Bryan Cranston, Tilda Swinton and Willem Dafoe. Besides the above, she’s already worked with directors Martin Scorsese, Quentin Tarantino, Damien Chazelle, Adam McKay and David O. Russell.

Take a tour through our photo gallery above, which collects 15 of Robbie’s greatest film performances and ranks them from worst to best.