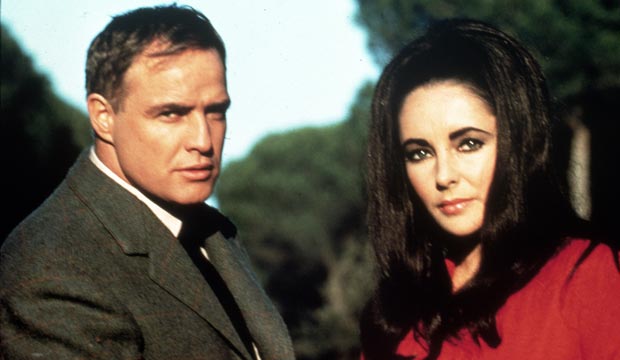 Marlon Brando would’ve celebrated his 95th birthday on April 3, 2019. The Oscar-winning thespian both delighted and perplexed his fans with his Method-inspired performances and disdain for his profession, marked by increasingly bizarre behavior on and off set. Yet several of his movies remain classics despite his many career ups-and-downs. In honor of his birthday, let’s take a look back at 20 of his greatest films, ranked worst to best.

Born in 1924, Brando studied the Stanislavski system under acting coach Stella Adler, who encouraged her students to explore inner and external turmoil within their characters. He shot to stardom on both the stage and screen with his performance in Tennessee Williams‘ “A Streetcar Named Desire,” in which he brought a startling naturalism and reality mixed with vulnerability, machismo, and humor to the character of Stanley Kowalski. The 1951 film version brought him his first Oscar nomination as Best Actor.

He picked up a statuette just three years later for playing a ex-prize fighter in “On the Waterfront” (1954), which reunited him with his “Streetcar” director Elia Kazan. 18 years after that, he collected a second Best Actor prize for his startling transformation as a Mafia don in Francis Ford Coppola‘s “The Godfather” (1972). Though he happily accepted his first award, he famously declined the second one due to the treatment of Native Americans in the entertainment industry, sending actress Sacheen Littlefeather to accept on his behalf.

Tour our photo gallery above of Brando’s 20 greatest films, including the titles mentioned above, plus “Superman,” “Apocalypse Now,” “The Wild One” and more.