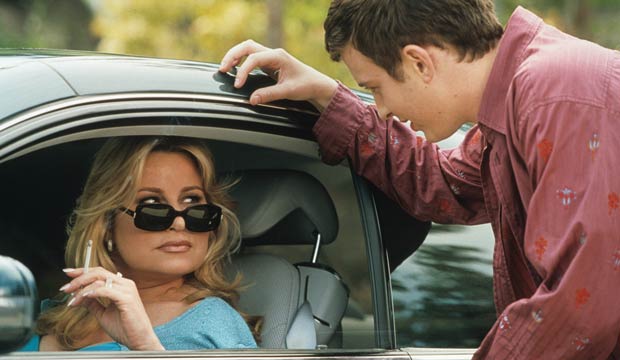 As it’s that time of year to celebrate our moms for Mother’s Day, we thought it would be fun to look back at some of the most memorable mean moms of the movies. Not those lovable mothers who sang to their kiddos or who heroically sacrificed something great for their kiddos, but those moms who made us shudder at the not-so-great things they were willing to do for their offspring, made us despair that any parent could treat a child in such a way or just made us laugh at their absolute ineptness at parenting. Some might not exactly be mean in the traditional sense but are certainly overly permissive or vastly selfish.

Of course, “Mommie Dearest” herself makes the list. But Joan Crawford (played by Faye Dunaway) isn’t the only real-life mom to make the list. The notorious Tonya Harding has a doozy of a stage mother in LaVona Golden (Oscar winner Allison Janney), as does boxer Micky Ward (Oscar winner Melissa Leo). Both of these ladies push their kids to be successful, but to the point of abuse.

Fortunately, most of these moms aren’t based on real life people, and they run the gamut of genres, from comedy to drama to horror. Zinnia Wormwood is as hilarious as she is despicable as mom to “Matilda,” Mary Johnston shows the devastating effects of poverty and abuse on a sweet child like “Precious” and Margaret White is just as scary as her daughter “Carrie.” There’s also moms who fully support their children in their criminal activities, such as Ma Jarrett from “White Heat,” and moms who are totally inappropriate with the younger set – here’s to you, Mrs. Robinson! We haven’t forgotten those wonderful villains from classic Disney animation – who has the scarier stepmother? Snow White or Cinderella?

But the number one most evil mom on film we could think of was played by an actress who played one of the sweetest characters ever on television. Have fun scrolling through our photo gallery of the 25 meanest movie moms, many played by actresses who received Oscar nominations, including a few wins. Who is the nastiest one of all?