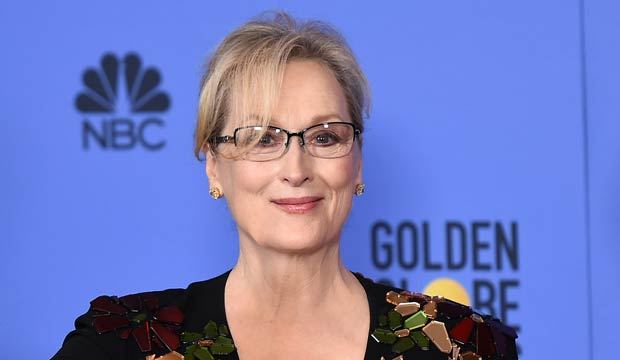 Meryl Streep is predicted to extend her Golden Globes record with a 33rd nomination for her star turn in the Netflix musical “The Prom.” She plays a Broadway diva down on her luck who seizes on the plight of a high school senior (Jo Ellen Pellman) prevented from taking her girlfriend to the prom. Streep shines in the musical numbers and has some lovely quieter moments as well. Not surprisingly, this favorite of the Hollywood Foreign Press Assn. sits atop our Best Musical/Comedy Actress chart.

Streep has won a record eight Golden Globes from her 32 nominations to date. Seven of those victories have been for films (her single TV win came for her leading role in the  2003 HBO limited series “Angels in America”). Her first time to the podium was way back in 1980 for her supporting role in “Kramer vs. Kramer.” She went on to win her first Oscar for that featured performance.

Two years later, Streep claimed the first of her three Globes for Best Drama Actress for “The French Lieutenant’s Woman.” The following year, she won over HFPA members with her work in “Sophie’s Choice” and repeated for that at the Academy Awards. She then lost this race 10 times before finally winning again for “The Iron Lady” in 2012. Her portrayal of Margaret Thatcher also bagged her that long-awaited third Oscar.

To date, Streep has gone two for 10 in Best Musical/Comedy Actress with wins in 2007 for “The Devil Wears Prada” and 2010 for “Julie & Julia.” Should she win again for “The Prom,” she will equal the achievements of Julie Andrews and Rosalind Russell.

Andrews went three for eight here with victories for “Mary Poppins” (1965), “The Sound of Music” (1966) and “Victor Victoria” (1983). Those represent her only three Oscar nominations, with a win for the first. By comparison, Russell had a perfect track record in the this category with wins for “Auntie Mame” (1959), “A Majority of One” (1962) and “Gypsy” (1963). Roz had done the same on the drama side with back-to-back wins for her only bids for “Sister Kenny” (1947) and “Mourning Becomes Electra” (1948). Those latter two roles earned her Oscar nominations as did “Auntie Mame” and a film that came before the Golden Globes were launched, “My Sister Eileen” (1943); she lost all those races.