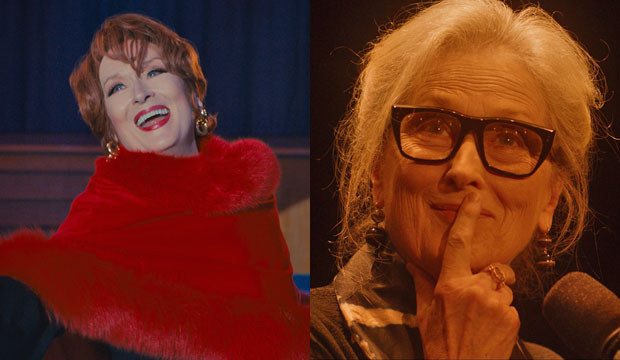 An extended eligibility window and a heavy focus on streaming titles signaled for months that there would be shocks and surprises leading up to this year’s virtual Golden Globes ceremony. Scroll down for our list of the most unexpected snubs, and check out the full list of Golden Globe Awards film nominees.

The Globes are decided by the 90 or so international journalists who make up the Hollywood Foreign Press Association. Perhaps the most shocking omission this year is the complete shut-out of “Da 5 Bloods.” The Netflix drama has performed well this awards season and was expected to pick up bids for Best Actor (Delroy Lindo) and Best Director (Spike Lee), but ultimately got nothing. Globe darling Meryl Streep was also excluded twice for her turns in “Let Them All Talk” and “The Prom,” despite the latter making her the category’s frontrunner going into the nominations.

Amazon’s “One Night in Miami” also under-performed. Although it garnered bids for its original song, Leslie Odom, Jr.’s supporting performance, and Regina King’s direction, it was left out of two big categories: Best Screenplay and Best Drama Film. Its writer, Kemp Powers, was also in contention for co-writing the animated film “Soul,” but was kept out of the lineup altogether. “On the Rocks” also did poorly, only earning recognition for Bill Murray’s supporting performance despite being heavily favored for Best Comedy/Musical Actress (Rashida Jones) and Best Comedy/Musical Film nominations.

The controversy surrounding the Korean/English language film “Minari” has deepened now that it has only shown up in the Best Foreign Language Film category. Its director and writer (Lee Isaac Chung), lead actor (Steven Yeun), and supporting actress (Yuh-Jung Youn) were all overlooked. Sophia Loren was also denied another chance at a Globe for her Italian language performance in “The Life Ahead,” although it received nominations for Best Original Song and Best Foreign Language Film.

See who else the Golden Globes omitted below. And join the discussion on this and more with your fellow movie fans here in our forums.