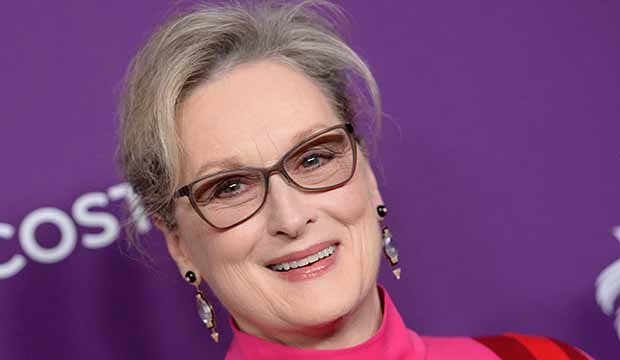 While Meryl Streep has been nominated a record number of times at the Oscars, she’s only won three times with bids #2 (Best Supporting Actress: “Kramer vs. Kramer,” 1979), #4 (Best Actress: “Sophie’s Choice,” 1982) and #17 (Best Actress: “The Iron Lady,” 2011). That track record mean she has had to endure a staggering amount of losses at the Academy Awards. Surely, Streep was deserving of at least one other win from among these. After reviewing the roster of her thwarted bids for Oscar glory, be sure to vote in our poll as to which of these was the most egregious loss.

Streep lost her first Best Supporting Actress race for “The Deer Hunter” (1978) to Maggie Smith (“California Suite”;  her third, for “Adaptation” (2002) to Catherine Zeta-Jones (“Chicago”);  and her fourth (and most recent) for “Into the Woods” (2015) to Patricia Arquette (“Boyhood”).

Streep lost the first of her Best Actress bids back in 1981 to Katharine Hepburn. She was up for “The French Lieutenant’s Woman” but Hepburn won her record fourth Best Actress Oscar for “On Golden Pond.” The year after losing to Hepburn, Streep won Best Actress for “Sophie’s Choice.”

For “Postcards From the Edge” (1990), she was beaten by Kathy Bates (“Misery”). With “The Bridges of Madison County” (1995), it was Susan Sarandon (“Dead Man Walking”) who won, and for “One True Thing” (1998), it was Gwyneth Paltrow (“Shakespeare in Love”) who prevailed. Streep’s work in the biopic “Music of the Heart” (1999) lost to the breakthrough performance by Hilary Swank, who portrayed a real-life murder victim in “Boys Don’t Cry.”

Streep’s comic turn in “The Devil Wears Prada” (2006) was overruled by Helen Mirren (“The Queen”). Her dramatic demeanor in “Doubt” (2008) was defeated by Kate Winslet (“The Reader”). She earned a record 13th Best Actress nomination in 2009, eclipsing the benchmark set by Hepburn, for portraying celebrated chef Julia Child in “Julie & Julia” only to lose to Sandra Bullock (“The Blind Side”).

In 2013, Streep contended in this category for her star turn in “August: Osage County” but lost to Cate Blanchett (“Blue Jasmine”) who had won the Supporting Actress Oscar in 2004 for playing Hepburn in “The Aviator.” In 2017, she was in contention for “Florence Foster Jenkins” but lost this race to Emma Stone (“La La Land”). And in 2017, she was up for her portrayal of Katharine Graham, the society doyenne turned newspaper publisher in the docudrama “The Post,” but taken down by her pal Frances McDormand for “Three Billboards Outside Ebbing, Missouri.”