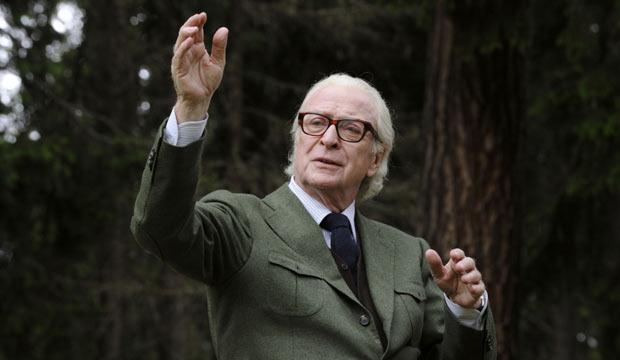 Michael Caine celebrates his 86th birthday on March 14, 2019. The two-time Oscar winner shows no signs of slowing down, amassing dozens of credits in the span of over 50 years. But how many of those titles are classics? In honor of his birthday, let’s take a look back at 20 of Caine’s greatest films, ranked worst to best.

The English-born thespian first came to the attention of movie audiences with a prominent role in the historical epic “Zulu” (1964). He earned his first Oscar nomination as Best Actor just two years later for “Alfie” (1966), playing a devil-may-care ladies man who starts to face the consequences of his actions. The role made Caine an international star, providing him with leading roles both in the UK and the US.

He won his first Oscar as Best Supporting Actor for playing a man desperately in love with his wife’s sister in “Hannah and Her Sisters” (1986), although he famously wasn’t on-hand to accept since he was shooting “Jaws: The Revenge” (1987). He got a chance to deliver an speech 13 years later when he triumphed in that category again for “The Cider House Rules” (1999), playing a kindly abortionist who also runs an orphanage.

Caine earned three more Oscar nominations as Best Actor: “Sleuth” (1972), “Educating Rita” (1983), and “The Quiet American” (2002). He won the BAFTA and Globe prizes for “Educating Rita,” plus additional Globes for “Jack the Ripper” (Best TV Movie/Mini Actor in 1989) and “Little Voice” (Best Comedy/Musical Actor in 1998). He received a SAG for “The Cider House Rules” and the BAFTA Fellowship prize in 2000.

Tour our photo gallery above of Caine’s 20 greatest films, including the ones mentioned above plus his Christopher Nolan collaborations (“The Dark Knight,” “Inception,” “The Prestige”), “Alfie,” “California Suite,” “The Man Who Would Be King,” “Dirty Rotten Scoundrels” and more.