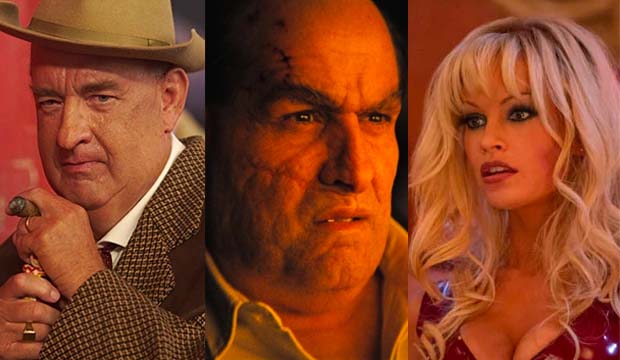 Filmmaking’s over-reliance on green screens and de-aging these days makes it easy to feel that “pure” craftsmanship is increasingly rare in Hollywood. Makeup and prosthetics are among the final vestiges of the pre-digital era, reminders that movies are ultimately born of collaborations between people, not just computers. However, prosthetics are more than production mementos to be displayed in museums. They also bridge past and present, combining cutting-edge digital modeling and 3D printing with traditional techniques. The following stellar examples of cosmetic appliances harken back to old-school stagecraft as much as they demonstrate the capacity of modern technology to transform well-known faces into ones we can barely recognize.

Christian Bale is perhaps Hollywood’s most gifted shapeshifter, having undergone dramatic makeovers for “The Machinist,” “The Fighter,” “American Hustle,” and “Vice,” but his incarnation of Gorr the God Butcher in “Thor: Love and Thunder” may end up his most memorable. Scarred and pale, with dilated arteries and reptilian eyes, the MCU villain resembles a fatigued Voldemort. Bale reportedly spent three-and-a-half hours in makeup to achieve the look. Odd Studio worked with Allied FX and Mouth FX to create Gorr’s skin tone (the silvery application has been branded ‘Gorr Greige Super Ink’) and the black bile that frequently leaks from the character’s mouth. 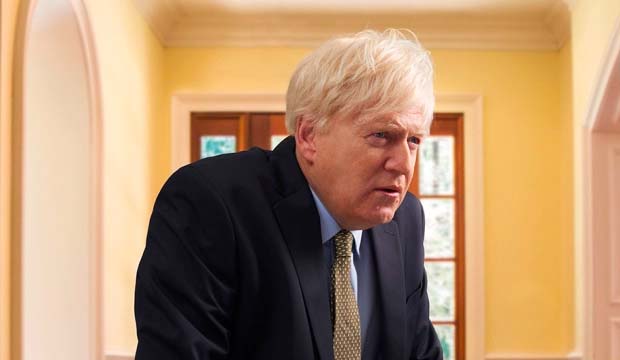 ‘Unrecognizable’ is too often used hyperbolically, but it’s the only appropriate way to describe Kenneth Branagh’s disappearance into the role of beleaguered former UK Prime Minister Boris Johnson. A Shakespearean account of the Johnson administration during the height of the pandemic, “This England” is perfectly suited to Branagh’s expertise in both classical theater and Shakespeare himself (the six-part drama underscores its tragedian foundation with scenes of Johnson struggling to produce a biography about the playwright). However, Johnson and the recent Oscar winner don’t naturally look alike, which makes the show’s prosthetics, done by Vanessa White, all the more impressive (White actually turned Branagh into Shakespeare in “All is True,”  the actor’s own biographical project about the Bard). Branagh has assumed questionable accents for roles in the past—Hercule Poirot and “Tenet’s” Eastern European arms dealer come to mind—but his raspy impersonation of Johnson is spot-on. 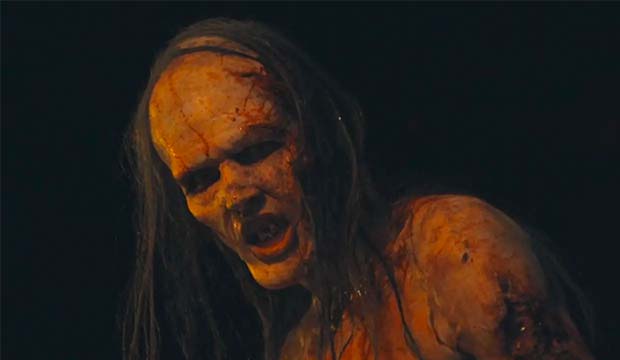 No 2022 film demands to be seen without spoilers as much as “Barbarian,” a gnarly, wild ride that can now be streamed on HBO Max. Largely unknown actor Michael Patrick Davis deserves mention alongside Doug Jones (“Pan’s Labyrinth” and “The Shape of Water”) for his performance as the Mother. Key close-ups were shot immediately after Davis stepped out of his trailer, when the makeup application was freshest. “As soon as I start moving or sweating, that’s when you’ll start to see the seams,” Davis told Variety. The Mother’s appearance, as well as the way director Zach Cregger reveals it, makes her one of the most terrifying original characters in modern horror. 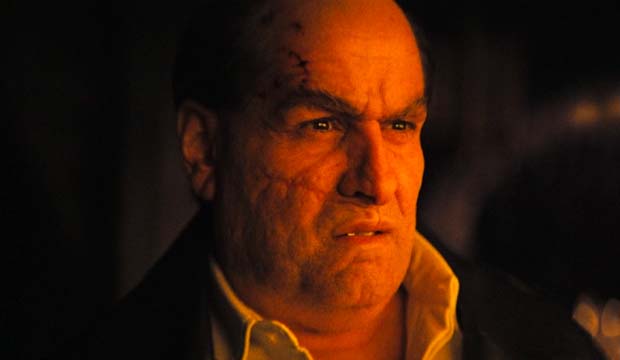 If you sat down to watch “The Batman” without knowing who plays the Penguin, the end credits held the film’s biggest surprise. But even if you obsessively followed every bit of casting news about Matt Reeves’ reinterpretation of the Caped Crusader from the movie’s inception, you still probably had trouble detecting Colin Farrell’s face underneath the surely Oscar-nomination-bound makeup and prosthetics work. There are actors who could’ve played the part with minimal alterations to their appearance, but that would’ve robbed the moviegoing public of Farrell’s hammiest turn since “Daredevil.” If you pay close attention to the actor’s prodigiously arched brows, you might just be able to recognize him. 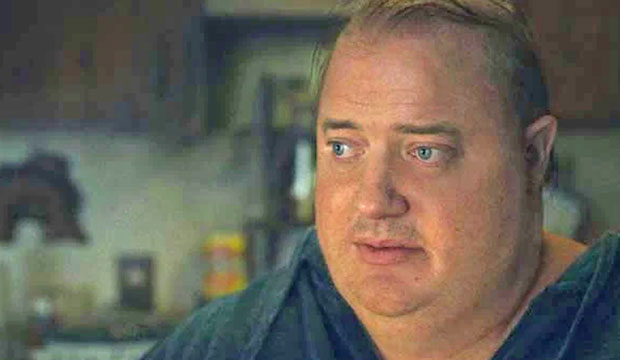 Almost everyone who sees “The Whale” seems to agree that Brendan Fraser is excellent, regardless of their feelings about the movie’s depiction of obesity. Fraser’s performance as a 600-pound man was achieved through a combination of prosthetics and CGI overseen by makeup FX artist Adrien Morot. The 3D-printed suit Fraser would inhabit for the role was modeled on a digital sculpture and forced the actor to bear, depending on the scene’s requirements, between 50 to 300 extra pounds. “The Whale” is currently poised to win both Best Makeup/Hairstyling and a lead acting category, the two-Oscar combo “The Iron Lady,” “Darkest Hour,” and “The Eyes of Tammy Faye” walked away with. 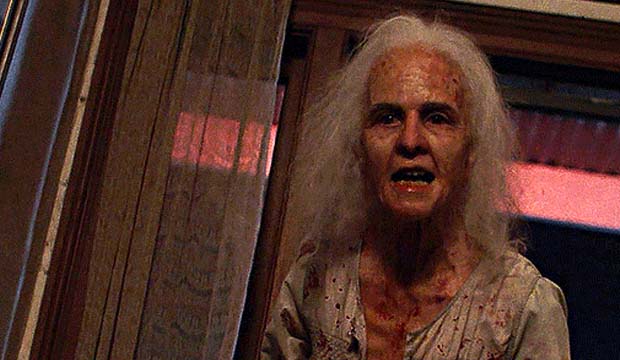 While Mia Goth is deservedly getting her flowers for “Pearl,” the actress’ dual performance in “X” is in a league of its own. Goth plays Maxine, a young performer in amateur pornography with dreams of stardom, and Pearl, a sexually frustrated 80-year-old. The movie is littered with clues that Pearl and Maxine are played by the same actress, but any physical resemblance between the characters is invisible to the naked eye. Speaking with Bloody Disgusting, makeup artist Sarah Rubano describes the six-hour process of turning the actress into a murderous octogenarian: “There were 30 individual prosthetic appliances to apply…that’s a hell of a thing. It was a real dance between a whole team of us.” 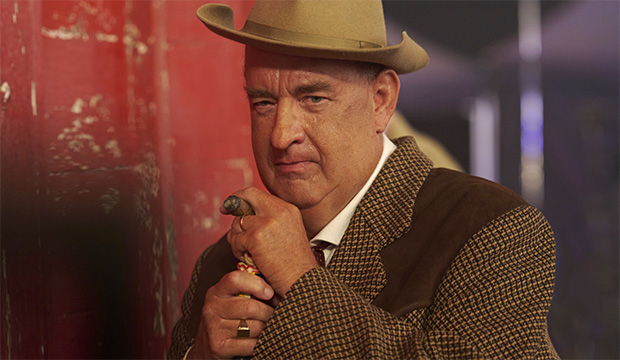 Tom Hanks isn’t the first guy you think of to play Elvis Presley’s smarmy manager, Colonel Tom Parker, but turning America’s uncle into one of pop culture’s most notorious boogeymen is precisely the sort of feat at which Hollywood’s community of makeup artists and prosthetics designers excels. According to a member of the team that worked with Hanks, he spent about three-and-a-half hours in the makeup chair to play Parker in the ‘50s and ‘70s; becoming the oldest version of the character added roughly two hours. Hanks hasn’t played against type this aggressively since “Cloud Atlas.” Still, his scene-chewery is only the 15th most bombastic thing about Baz Luhrmann’s raucous retelling of Elvis Presley’s career. 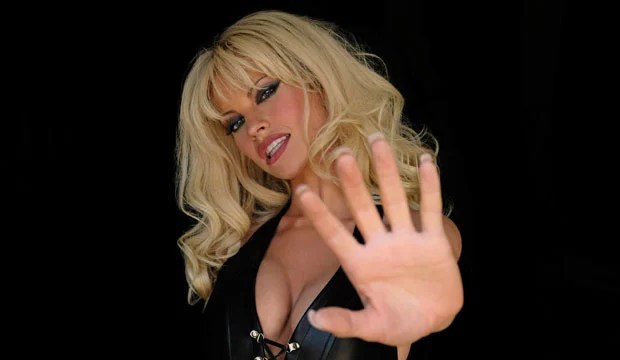 Lily James has been reliable in “Darkest Hour” (known for turning Gary Oldman into Winston Churchill) and “Mama Mia! Here We Go Again,” but “Pam & Tommy”—Hulu’s eight-part miniseries about Pamela Anderson’s marriage to Mötley Crüe drummer Tommy Lee (Sebastian Stan)—marks a career high. If you squint, you might be able to briefly separate the brown-eyed British actress from Anderson’s signature look. James had to wear dentures, colored contacts, and even a prosthetic forehead to become the “Baywatch” star. 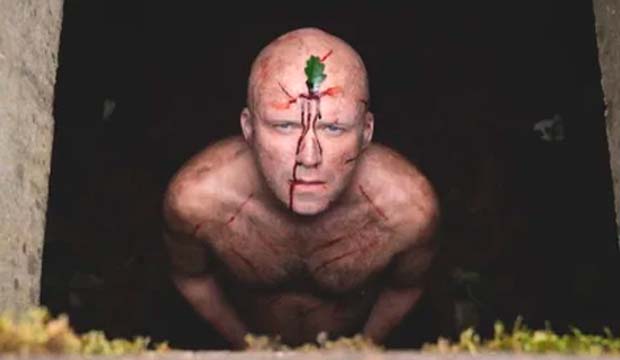