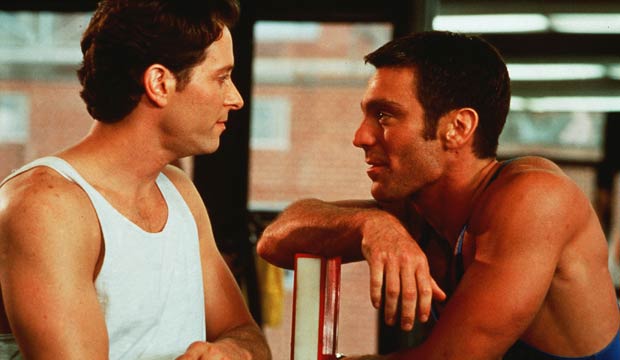 Nathan Lane will celebrate his 63rd birthday on February 3, 2019. The actor has spent the majority of his career on Broadway and the New York theater, but he has also had a good run on television and in film.

Lane worked his way up through the ranks of off-Broadway and regional theater prior to making his Broadway debut in 1983. The actor was born Joe Lane, but he changed it to Nathan because another actor had already claimed his birth one in the unions. He chose the name because one of his favorite roles was that of Nathan Detroit in “Guys and Dolls,” a part which would earn him his first Tony nomination in 1992. He would go on to win three Tony Awards in his Broadway career: two as Best Actor in a Musical for “A Funny Thing Happened on the Way to the Forum” in 1996 and “The Producers” in 2001; and a third last year as Best Featured Actor in a Play for a revival of “Angels in America.”

Lane’s television career started with a long running Nyquil commercial in which he played a sick apartment dweller knocking on his neighbor’s doors looking for cold relief. He has tried a number of times to launch his own sitcom over the years but those shows were always short lived. In spite of that he has managed to earn six Guest Actor Emmy nominations for his work on “Frasier,” “Mad About You,” “Modern Family” and “The Good Wife.

He has also earned two Golden Globe nominations for Best Comedy/Musical Actor for the films “The Birdcage” and “The Producers.” One of his most memorable films was working with Disney on the animated classics “The Lion King.

In honor of Lane’s birthday, Gold Derby looks back on his movie career with his 10 greatest film performances, ranked from worst to best.