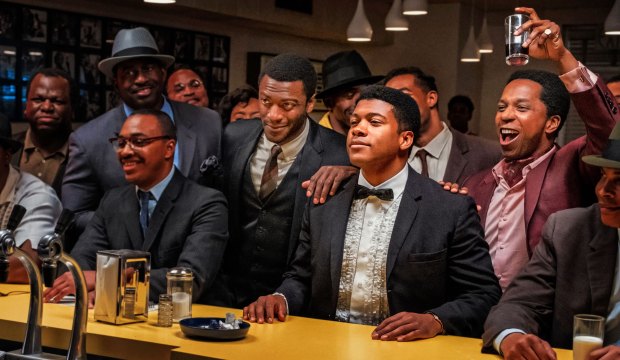 While Netflix draws so much awards attention each year because of its robust slate of movies from top-tier directors, it was Amazon Prime Video that actually became the first streaming platform to ever win an Oscar for a narrative feature. Back at the 2017 ceremony, Amazon won three Academy Awards — two for “Manchester by the Sea” (Best Actor and Best Original Screenplay) and one for the international feature “The Salesman.” (Netflix won its first Oscar that year for the documentary short “White Helmets.”)

Netflix has dominated the conversation in the years since — last year, the service received 24 Oscar nominations, the most for any studio — but Amazon is back again this season with a major Best Picture contender in “One Night in Miami” and several other potential nominees.

Ahead, the new movies on Amazon Prime Video in January that are serious awards contenders.

The feature directorial debut from Oscar-winning actress Regina King, “One Night in Miami” is the fictional account of a real-life evening in February 1964 when Malcolm X (Kingsley Ben-Adir), Sam Cooke (Leslie Odom Jr.), Jim Brown (Aldis Hodge), and Cassius Clay (Eli Goree) celebrated Clay’s heavyweight championship victory. Over the course of the evening, the four icons of the civil rights movement discuss the Black experience in America and their role in affecting progressive change. “One Night In Miami” is expected to compete in a number of major Oscars categories, including Best Picture, Best Director for King, and Best Supporting Actor for Odom.

Emmy-winning actress Rachel Brosnahan (“The Marvelous Mrs. Maisel”) continues her successful run at Amazon Prime Video with “I’m Your Woman,” a throwback drama from co-writer and director Julia Hart. The film, a period piece set in the 1970s, stars Brosnahan as a woman on the run and has generated awards buzz for its costumes and production design.

Riz Ahmed plays a heavy metal drummer who begins to lose his hearing in this Darius Marder drama that has Ahmed and co-star Paul Raci in the thick of the Best Actor and Best Supporting Actor races, respectively.

Oscar-winning filmmaker Steve McQueen’s five-film anthology is not eligible at the 2021 Oscars, but the collection of features — from the critically acclaimed “Lovers Rock” to the courtroom drama “Mangrove” — is expected to compete at the Golden Globes and Emmy Awards in major categories thanks to its top-flight production pedigree.

Fourteen years after satirizing America during the George W. Bush presidency, Sacha Baron Cohen returned to his most recognizable character for “Borat Subsequent Moviefilm.” The sequel, which was shot in secret and only officially announced shortly before its Amazon debut, once again captured the zeitgeist and launched the career of actress Maria Bakalova. The newcomer, who plays Cohen’s on-screen daughter in the “Borat” sequel, is a heavy favorite to land a Best Supporting Actress nomination.

Directed by Garrett Bradley, the critically acclaimed documentary “Time” has generated significant awards heat since its debut at the Sundance Film Festival last year and could potentially make history for Bradley were it to win at the 2021 Oscars.

“All In: The Fight for Democracy” (September 9)

Co-directed by two-time Oscar nominee Liz Garbus (“What Happened, Miss Simone?,” “The Farm: Angola USA”) and Lisa Cortes, “All In” explores the deep history of voter suppression in America and prominently features an interview with Georgia political activist and progressive leader Stacey Abrams.