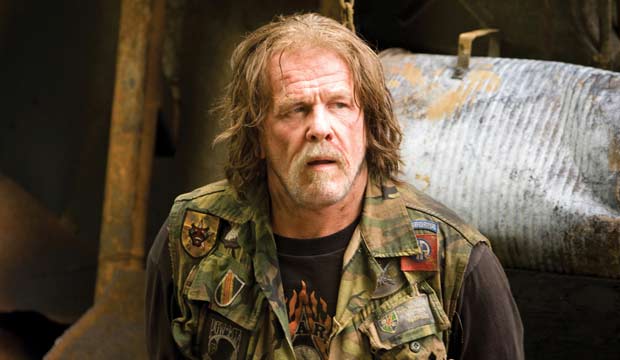 Nick Nolte will celebrate his 78th birthday on February 8, 2019. Born in the Midwest, the actor found his place in high school and college as a star football player. After being kicked out of his last college because of poor grades, he decided to try his hand at acting and one of film’s most successful performers was born.

Nolte moved to Los Angeles and began studying acting at the Pasadena Playhouse and the Stella Adler Institute. He then proceeded to start working in guest star roles on television. His big break came when he was cast in one of the lead roles in the miniseries “Rich Man, Poor Man.” The series received a huge 23 Emmy nominations and 11 of its actors were nominated in various categories, including Nolte.

That success launched Nolte into a movie career, with his first film being “The Deep,” which was a high profile expected hit since it was based on a novel by Peter Benchley, the writer of previous summer blockbuster “Jaws.” Throughout his career Nolte has amassed three Oscar nominations, one Emmy nomination and five Golden Globe nominations. He won a Golden Globe for “The Prince of Tides” directed by leading lady Barbra Streisand and was highly expected to take home the Oscar as well. Anthony Hopkins put a stop to that expectation when, despite his minimal screen time in “The Silence of the Lambs,” he asked his studio to campaign him for the lead actor award. Hopkins then pulled off a surprise upset at the Oscars.

To celebrate Nolte’s birthday, Gold Derby offers you the photo gallery above with his 15 greatest film performances, ranked worst to best. Our list includes the movies mentioned above plus “Affliction,” “North Dally Forty,” “Warrior” and more.