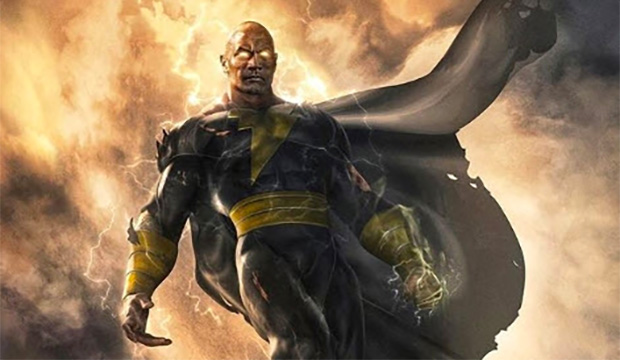 If September is all about festivals and early looks at awards fare, October is just as much about getting those prestige films out to general audiences as it is about genre movies. What potential box office hits are on the horizon during spooky month? Read on for Gold Derby’s October 2022 box office preview.

It’s been three months since there’s been a superhero movie in theaters and even longer for one featuring Warner Bros’ DC Comics characters (“The Batman” in March), but this has been a passion project for Dwayne Johnson for many decades. He’s reteamed with his “Jungle Cruise” director, Jaume Collet-Serra, to introduce the anti-hero who is also the nemesis of Shazam. (Shazam’s own sequel has been delayed until March 2023.) While Black Adam might not be as known to the general populace, the introduction of the Justice Society to the DC movie universe should get comic book enthusiasts excited. This one is looking like it should open in the mid-to-high $50 millions, but could surprise with so little direct competition this month.

Director David Gordon Green wraps up his “Halloween” trilogy that was delayed by the pandemic, but looks to bring to a close the ongoing story of terror between Michael Myers and Jamie Lee Curtis’ Laurie Strode. The 2018 “Halloween” opened with $76.2 million pre-pandemic, and then last year’s “Halloween Kills” opened with $49.4 million but only made half what its predecessor did worldwide. Oddly, Universal has decided to release the conclusion on its streaming network Peacock at the same time as its theatrical release, which is also what it did with “Halloween Kills” last year. It feels like a lot of fans of the franchise will want to see the finale in theaters, which should lead to a $50 million plus opening weekend.

After more than two months without a family film, Sony is looking to rectify that with this live action version of Bernard Waber’s 1965 children’s book, which pulled in directors Will Speck and Josh Gordon (“Blades of Glory”) as well as stars like Oscar winner Javier Bardem and Costance Wu from “Crazy Rich Asians.” Maybe even more important is that the movie features pop superstar Shawn Mendes as the singing voice of the CG-created Lyle with songs by Benj Pasek and Justin Paul (“La La Land,” “The Greatest Showman”). This should be able to capitalize on the lack of family fare to open in the $20 to 25 million range next week.

George Clooney and Julia Roberts reunite for the first time since “Money Monster” in 2016, playing a divorced couple who travel to Bali to try to stop their daughter (Kaitlyn Dever) from getting married. Roberts was once the queen of romantic comedies in the ‘90s and her return to the genre for the first time in more than a decade – teamed with Clooney, no less – this high-concept comedy could prove to be the perfect counter-programming to “Black Adam.” I’d expect an opening in the teens.

A horror movie starring Virginia Madsen (“Candyman”) that was initially supposed to be released in February as “The Devil’s Light” is finally coming out this month. The weekend before Halloween is a much better release date for this, but I fear that it’s been made to look just like every other exorcism/devil movie that’s been released over the years, and that’s likely to keep this from opening over $15 million.

After seven years, Oscar-winning filmmaker David O. Russell (“The Silver Linings Playbook”) returns with a star-studded period comedy, starring Christian Bale, John David Washington, Margot Robbie, Anya Taylor-Joy, Chris Rock, Mike Myers and many more. Bale and Washington play army buddies who are called into action to discover who killed their general, only to get mixed in with some shady government types. It’s just the type of esoteric storytelling Russell used to thrive upon, but that doesn’t necessarily scream “box office hit.” Will have more on this one next week.

Next, we have three movies that are playing at this year’s New York Film Festival, two of which will then platform before going nationwide later in the month.

The tragic and horrifying murder of Emmett Till in 1955 helped set the stage for the American Civil Rights movement of the ‘60s, and this drama directed by Chinonye Chukwu (“Clemency”) stars Danielle Deadwyler (“The Harder They Fall”) as Mamie Till-Mobley, Emmett’s mother, who had to fight against the prejudiced system of the times to get justice for her son. After a special presentation world premiere at the New York Film Festival, this will get a limited release on Oct. 14 and then expand nationwide on Oct. 28.

It has been sixteen years since Todd Field’s last film, “Little Children,” but for his latest, he teams with Cate Blanchett to tell the fictitious story of the downfall of renowned (but also fictitious) conductor, Lydia Tár. This is another movie that’s been on the festival circuit drumming up praise, and following its New York Film Festival premiere, Focus will give it a limited release early in the month then expand it nationwide on Oct. 28.

Filmmaker James Gray (“Ad Astra”) gets personal with this coming-of-age drama starring Banks Repeta as Paul Graff, a kid who experiences racism towards his black friend (Jaylin Webb). Gray also cast Oscar winners Anne Hathaway and Anthony Hopkins and Emmy winner Jeremy Strong (“Succession”) in key roles. It will get a limited release this month and then expand nationwide on November 4.

Some other limited releases of note…

Ruben Östlund’s Palme d’Or winning comedy involves a luxury yacht cruise gone horribly wrong and how it affects a young couple, played by Harris Dickinson and the late Charlbi Dean. Sharp social commentary about class and culture from the filmmaker behind the Oscar-nominated “The Square” that will get people talking.

Ondi Timoner’s powerful and very personal doc from Sundance involves her ailing father’s wish to die via assisted suicide, as she documents his last moments with family and friends.

Italian horror-master Dario Argento hasn’t directed a film in ten years, and his latest returns him to the murder mystery genre he made famous in the ‘70s with Ilenia Pastorelli playing Diana, a woman who lost her sight but who finds a guide in a young Chinese boy named Chin. It will be on horror streamer Shudder following its debut in theaters.

Korean auteur Park Chan-wook’s latest film premiered at Cannes back in May, and it’s one of many October films playing this year’s New York Film Festival. Park Hae-Il (“The Host”) plays a detective investigating the death of a man who either fell or was pushed from a mountain peak in South Korea.

French auteur Claire Denis directs this romance-thriller, based on Denis Johnson‘s novel and starring Margaret Qualley as an American journalist who falls in love with an English businessman (Joe Alwyn) in present-day Nicaragua.

A terrific indie drama from Mexico, which has played at festivals over the past year, is this film from Rodrigo Piá and Laura Santullo, which stars Julia Chavez as a single mother trying to care for her ADHD-stricken son (Israel Rodriguez) to keep from losing custody of him.

“The Banshees of Inisherim” (Searchlight) – Oct. 21

Acclaimed playwright Martin McDonagh’s 2017 movie “Three Billboards Outside Ebbing, Missouri” won Frances McDormand her second (of three) Oscars and Sam Rockwell his first. Now, he has reteamed with Colin Farrell and Brendan Gleeson from his debut “In Bruges” for a movie that’s been well received at all the festivals where it’s played so far. In this one, the actors play lifelong friends who must face the consequences when one decides to break off their relationship.

Harry Styles stars in Michael Grandage‘s drama set in two distinct periods with Styles playing Tom, a British policeman in the ’50s, who has to hide the fact he’s gay from his wife (Emma Corrin). Rupert Everett plays Patrick, Tom’s lover, in the modern days, as he reconnects with Tom’s wife (now played by Gina McKee) after having a stroke.

Indian filmmaker Shaunak Sen’s documentary about two brothers trying to protect the black kite, a bird that is essential to the New Delhi ecosystem, though they are dying at alarming rates due to the toxic environment.

This music doc follows the work by country star Brandi Carlile to help country legend Tanya Tucker make her triumphant return to music with her first album in over 15 years.

In this drama directed by “Carol” screenwriter Phyllis Nagy, Elizabeth Banks plays Joy, a married woman in ‘60s suburbia with an unwanted pregnancy, who needs to get a legal abortion, working with a group of other women to give help for women in a similar fix. (Oddly, this movie is even more relevant now than when it played at Sundance in January.

That’s probably it for October, but remember that you can check in every week for our weekend box office preview for those movies opening wide.