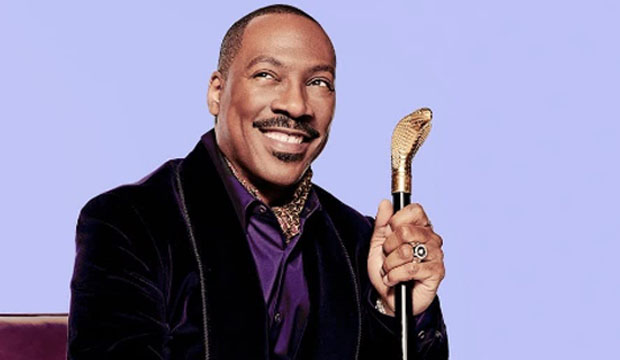 In 1980, “Saturday Night Live” producer Lorne Michaels stepped away after five years and was unexpectedly replaced by Jean Doumanian, who was faced with the task of hiring an all new cast when the original players quit in protest. Of the 10 actors she hired, 19-year-old Eddie Murphy stood out as the most popular, and he would remain on the show for over three years, even after most of his colleagues were dismissed by Doumanian’s replacement, Dick Ebersol. In 1983, Murphy followed in the footsteps of Dan Aykroyd, John Belushi, and Chevy Chase by earning an Emmy nomination for his work on the sketch series.

Murphy left his TV gig to focus on his burgeoning film career and did not return for so much as a cameo until 35 years later. At 58, he hosted an episode of the show’s 45th season in which he brought back several of his beloved characters, including Buckwheat, Mr. Robinson, and Gumby. He was awarded the Best Comedy Guest Actor Emmy for his performance, becoming the category’s 10th oldest champion.

Since 1966, a total of 29 actors have won Emmys for their roles as guest performers on continuing comedy programs, beginning with Don Knotts (“The Andy Griffith Show”). Including Knotts, seven of the winners have triumphed more than once. The honor has been bestowed on an annual basis since 1993 and was occasionally awarded before then.

Check out our photo gallery to find out who ranks ahead of Murphy on the list of 10 oldest Best Comedy Guest Actor Emmy winners. This list also factors in winners of the now-retired variety performance awards, since guests on continuing variety series now compete here.