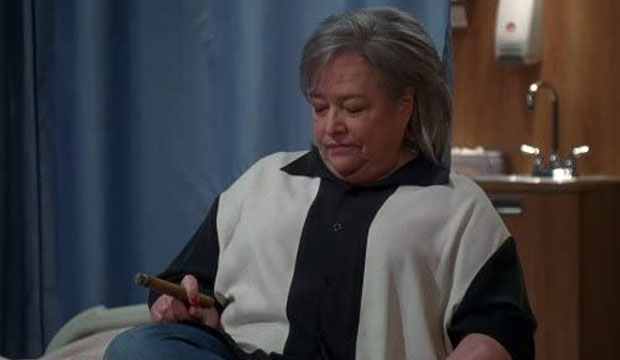 A full decade has passed since Charlie Sheen was unceremoniously fired from the Fox sitcom “Two and a Half Men,” for which he received four Primetime Emmy bids over the course of eight seasons. After the death of his character, Charlie Harper, his absence was lampooned several times, with one of the most notable instances involving a guest appearance by Oscar winner Kathy Bates. Toward the end of the ninth season, Bates shows up in the role of Harper’s ghost, who attributes his new appearance to an afterlife punishment. The brief yet highly publicized guest spot ended up bringing Bates her first Emmy award.

At 64, Bates was the oldest competitor in the 2012 Best Comedy Guest Actress lineup by 15 years. She automatically became the category’s 10th oldest champion, with five of her predecessors having prevailed after turning 75.

Since 1975, a total of 30 actresses have won Emmys for their roles as guest performers on continuing comedy programs, beginning with Cloris Leachman, who bagged two awards in the same year for turns on “Cher” and “The Mary Tyler Moore Show.” Including Leachman, eight of the winners have pulled off more than one victory. The honor has been bestowed on an annual basis since 1993 and was occasionally awarded before then.

Check out our photo gallery to find out who ranks ahead of Bates on the list of 10 oldest Best Comedy Guest Actress Emmy winners. This list also factors in winners of the now-retired variety performance awards, since guests on continuing variety series now compete here.