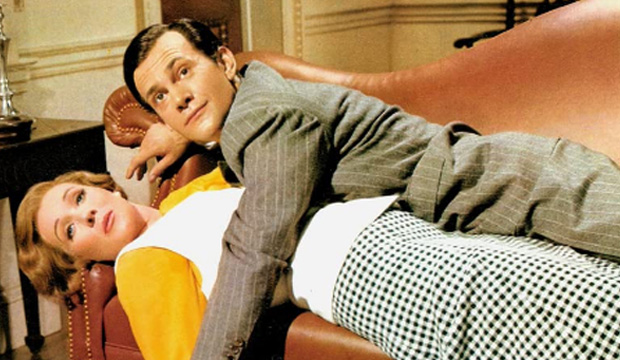 The 1969 Oscars are best remembered for the tie between Best Actress winners Katharine Hepburn (“The Lion in Winter”) and Barbra Streisand (“Funny Girl”), but history was also made outside of that category. Daniel Massey’s supporting nomination for “Star!” made him and his father, Raymond Massey, the second such pair of performers to both be recognized by the academy. The latter competed for the lead prize as the title character in “Abe Lincoln in Illinois” (1941), and his son earned his notice for playing his own godfather, Noël Coward.

Although Coward maintained discretion when it came to the details of his love life, he did comfortably identify as gay among his friends. Thus, Massey blazed a trail as the first man to be Oscar-nominated for portraying a clearly-defined member of the LGBTQ community. In the years since, over 60 more actors and actresses have followed in his footsteps, and over a dozen of them have brought home the gold for their bold illustrations of the achievements and torments of an ever-diversifying group of people. A quarter of these winners, and as many nominees, hail from the supporting male category.

We’ve gathered together all 16 instances of LGBTQ character portrayals resulting in Best Supporting Actor nominations in order from oldest to most recent, including the character description and competition. Click through the gallery to find out which three fellows won for these roles.