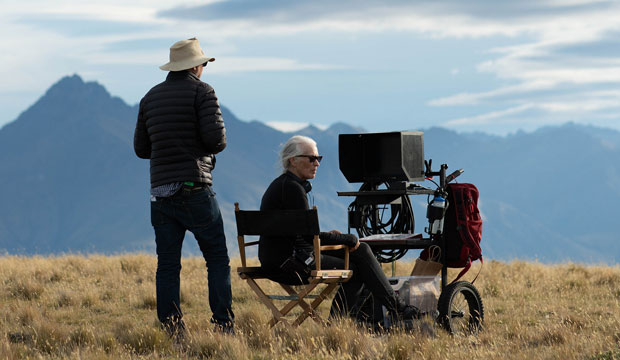 The 2022 Oscars race for Best Director is one of the most packed in recent memory, with Oscar-winners like Steven Spielberg and Jane Campion leading the charge ahead of past Oscar nominees like Paul Thomas Anderson and Kenneth Branagh and acclaimed first-time nominee Ryusuke Hamaguchi.

But according to the combined Gold Derby odds, the leader of the Oscars 2022 Best Director predictions at the moment is Campion, one of only seven women to ever receive a Best Director nomination from the Academy Awards. Her film, “The Power of the Dog,” has been a top contender since its debut at the Venice Film Festival earlier this year. (Campion won the Silver Lion award for directing at Venice, just the second woman to take that honor and the first since 2009.) Thanks to her nominations, Campion is the first woman to ever earn two Best Director nominations from the academy. She’s swept through the precursors as well, winning at the Directors Guild Awards and taking Best Director trophies from the BAFTA Awards and Critics Choice Awards.

Back in 1994, when Campion was up for “The Piano,” she lost Best Director to Spielberg for “Schindler’s List.” History could conceivably repeat itself again: Spielberg crashed into the race with “West Side Story” in early December and has shot up the predictions charts among experts. He was last nominated in the category for “Lincoln.”

But if Campion were to lose, it’s likely Spielberg wouldn’t be the person to defeat her. Instead, Branagh is running second in the odds for his heartwarming drama “Belfast,” which itself is a top alternate pick to defeat “The Power of the Dog” in Best Picture. Hamaguchi and Anderson could also factor into the race ahead of Spielberg.

Last year’s Best Director race was dominated by Chloe Zhao for “Nomadland.” Zhao steamrolled through awards season and became just the second woman and first non-white woman to ever win an Oscar for Best Director. Zhao was technically back in the race this year thanks to the Marvel blockbuster “Eternals,” but the film’s poor critical response and the academy’s general disinterest in superhero films made Zhao an incredible longshot for a repeat nomination.