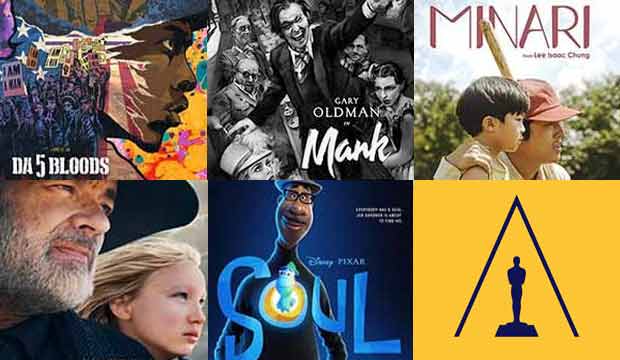 The Duke was top! The legendary jazz composer/musician/orchestra leader Duke Ellington made Oscar history 49 years ago when he became the first Black nominee for composing. He contended for Best Score (Musical) for the 1961 romantic drama, “Paris Blues.” It was just Ellington’s second scoring gig. Two years before, producer/director Otto Preminger hired him to do the music for his controversial courtroom drama “Anatomy of a Murder.” The Duke also did a cameo in that picture.

The newest addition to the roster of Black composers who reaped Oscar bids is Jon Batiste, who shares his nomination for “Soul” with Trent Reznor & Atticus Ross. Also cited this year is Terence Blanchard (“Da 5 Bloods”). He was nominated two years ago for his work on another Spike Lee film, “BlacKKKlansman.”

These nominees owe a tip of the hat to Ellington and several other trailblazers: Calvin Jackson, who contended as part of “The Unsinkable Molly Brown team” in 1964, and Quincy Jones, who earned the first of his four score Oscar nominations in 1967 for “In Cold Blood.” (He also contended that year over in Original Song with lyricist Bob Russell for “The Eyes of Love” from the long-forgotten “Banning.”) Jones’ other scoring Oscar nominations to date were for 1978’s “The Wiz” and 1985’s “The Color Purple” (which he shared with Andrae Crouch and Caiphus Semenya).

Isaac Hayes was nominated for both his score and title tune for “Shaft” in 1971. He made history when he became the first Black winner of Best Original Song.

The following year Gil Askey contended for his score for “Lady Sings the Blues.”

Prince was the only Black winner of the short-lived Original Song Score category for his 1984 blockbuster “Purple Rain.”

Two years later, Herbie Hancock made history as the first (and to date only) Black composer to win Best Original Score for “Round Midnight.”

Jonas Gwangwa was nominated in 1987 for both the “Cry Freedom” score and title track. He was the last Black nominee for Best Original Score till Blanchard two years ago.