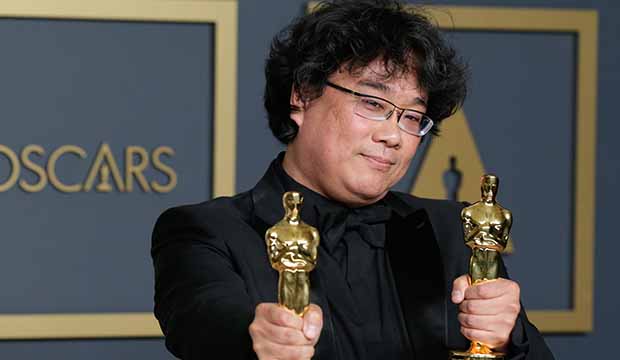 Over the past decade, the majority of the Oscar-winning directors were also nominated for their screenplays. Last year, Boon Joon-Ho won Best Director and shared in the Original Screenplay award with Han Jan for their work on the Best Picture champ “Parasite.”

Though writer/directors getting Oscar love is the norm these days, that wasn’t always the case. When nominations were announced for the first Academy Awards, Charlie Chaplin was cited for both Best Actor and Comedy Direction for his 1928 masterpiece “The Circus,” which he also wrote and produced. But the academy decided to withdraw his name from the competitive classes and decided “that a special first award to be conferred upon you for writing, acting, directing and producing ‘The Circus.’ The collective accomplishments thus displayed place you in a class by yourself.”

Here’s a look back at the writer/director scorecard for the first nine decades of the Academy Awards.

Under the studio system, there were clear delineations between writers and directors. Playwrights Ben Hecht and Charles MacArthur did win an Oscar for scripting their 1935 production “The Scoundrel,”  which they also directed. The majority of writer/directors began their careers as screenwriters who moved directing because they weren’t happy with how certain directors interpreted their screenplays.

Preston Sturges, who had penned such classics as 1937’s “Easy Living” and 1940’s “Remember the Night,” got the opportunity to direct his 1940 script “The Great McGinty,” winning the Oscar for his original screenplay.

The following year, Orson Welles scored bids for acting and directing with “Citizen Kane” and shared in the original screenplay Oscar with Herman J. Mankiewicz; the writing of this movie is chronicled in this year’s contender “Mank.”

The first writer/director to win both categories was Billy Wilder for 1945’s Best Picture champ “The Lost Weekend.” He he shared the screenplay award with Charles Brackett.

Wilder’s first film as a director had been the 1934 French comedy-drama “Mauvaise Graine,” which he also co-wrote. After receiving Oscar nominations for co-writing such films as 1939’s “Ninotchka,” 1941’s “Hold Back the Dawn” and original story for 1941’s “Ball of Fire,” he got the chance to write with and direct the 1942 comedy “The Major and the Minor.” Two years later, he earned nominations for directing and writing with Raymond Chandler the iconic film noir “Double Indemnity.

Fifteen years after his “The Lost Weekend” wins, Wilder won for directing and writing (with I.A.L Diamond) another Best Picture champ, “The Apartment.”

Multi-hyphenate John Huston earned a whopping 15 Oscar nominations during his 50-year-plus career including one for supporting actor for 1963’s “The Cardinal.”  He won Oscars for  writing and directing the 1948 classic “The Treasure of the Sierra Madre,” which lost the Best Picture race to Laurence Olivier’s version of “Hamlet.”

Joseph L. Mankiewicz, the younger brother of Herman, wo screenplay and directing Oscars for two years running: 1949’s “A Letter to Three Wives”(it lost Best Picture to “All the King’s Men”) and 1950’s “All About Eve,” which did take the top prize.

After Wilder’s wins for “The Apartment,” it was another 14 years before a writer/director took home Academy Awards in both categories when Francis Ford Coppola for directing and writing (with Mario Puzo) the 1974 Best Picture winner “The Godfather Part II.”

Comedy was king three years later when Woody Allen won for directing and writing (with Marshall Brickman) the Best Picture winner “Annie Hall.” Of course, he was a no show at the ceremony.

Robert Benton won in 1979 for both writing and directing ”Kramer vs. Kramer,” which was named Best Picture.

James L. Brooks, who was best known for “The Mary Tyler Moore Show,” hit paydirt with 1983’s “Terms of Endearment,” which marked his feature film debut as director. He won three Academy Awards as producer, director and writer of this tearjerker.

Peter Jackson was rewarded for the final chapter in “The Lord of the Rings” trilogy, collecting Oscars for directing, writing (with Philippa Boyens and Fran Walsh) and producing the 2003 Best Picture winner.

Joel and Ethan Coen collected a trio of Oscars in 2008 for writing, directing and producing the Best Picture champ “No Country for Old Men.”

And in 2015, Alejandro G. Iñárritu won Best Director and shared in the producing and writing wins for the Best Picture “Birdman.”