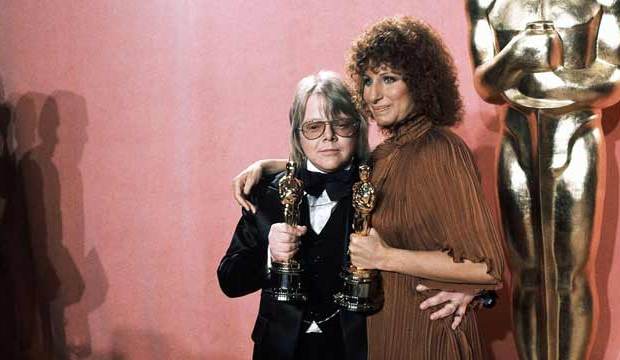 It certainly seems to be the year of the woman at the Academy Awards. Greta Gerwig became just the fifth woman to receive a Best Director Oscar nomination for “Lady Bird.” For the first time in the academy’s 90-year history, a woman, AFI Conservancy alum Rachel Morrison, has been nominated for Best Cinematography for “Mudbound.” And the drama’s director Dee Rees made history as the first black woman to receive a nomination for Best Adapted Screenplay.

The film’s star Mary J. Blige not only received a supporting actress nomination, but she is also nominated for Best Original Song for “Mighty River” from the film, alongside co-writers Raphael Saadiq and Taura Stinson.

But it’s been baby steps for women behind the camera in terms of Oscar nominations, let alone wins.

Here is a look at some of the trailblazers:

The Scribes
The Oscars were just in their second year when two women earned writing nominations: Josephine Lovett for the 1928 Joan Crawford vehicle “Our Dancing Daughters,” and Bess Meredyth for 1929’s “Wonder of Women” and the 1928 Greta Garbo–John Gilbert romance “A Woman of Affairs.”

A Cut Above
Anne Bauchens, who began editing Cecil B. DeMille films in 1915 and continued until his last film, 1956’s “The Ten Commandments,” was the first female to receive an Oscar nomination for editing for 1934’s “Cleopatra” and the first to win for DeMille’s 1940 “Northwest Mountain Police.” She also earned nominations for 1952’s “The Greatest Show on Earth” and “The Ten Commandments.”

Music, Music, Music
Legendary lyricist Dorothy Fields was the first woman to receive an Oscar nomination, with collaborators Jimmy McHugh and Jerome Kern, for “Lovely to Look At” from 1935’s “Roberta,” starring Fred Astaire and Ginger Rogers. The following year she and Kern won the Oscar for “The Way You Look Tonight’ from the Astaire-Rogers classic “Swing Time.”

However, a woman was never nominated for score until Rachel Portman received the Academy Award for Best Original Musical or Comedy Score for 1996’s “Emma.”

Special Awards
Shirley Temple, then all of 6, was the first female winner of a special award at the seventh Oscars “in grateful recognition of her outstanding contribution to screen entertainment during the year 1934.” And quite rightly, Temple received a miniature statuette.

It took another 33 years for a woman to be nominated and win for art direction, when Anna Asp and Susanne Lingheim took home the honor for Ingmar Bergman’s 1983 classic, “Fanny & Alexander.”

Fashion-Forward
The Oscar for Best Costume Design wasn’t presented until the 21st ceremony, with Dorothy Jeakins and Karinska winning in the color category for 1948’s “Joan of Arc.”

Edith Head received the most Oscar nominations with 35, beginning with 1948’s color musical “The Emperor Waltz,” which she shared with Giles Steele, and ending with 1977’s “Airport ’77.”  She won a record eight times, kicking off again with Steele in the black and white category for 1949’s “The Heiress” and concluding with 1973’s “The Sting.”

Emma Thompson was the first to be nominated for Best Actress and Best Adapted Screenplay in the same year for 1995’s “Sense and Sensibility.” She lost the former category, which she had won three years prior for “Howards End,” but won the latter.

SEE Greta Gerwig makes Oscar history as fifth female nominee — will she be the second to win?

Producers
It wasn’t until the 46th Academy Award that a female producer, Julia Phillips, won for Best Picture for 1973’s “The Sting.” She shared the award with Tony Bill and her husband Michael Phillips.

Direction
Italian filmmaker Lina Wertmuller was the first woman to receive a Best Director nomination for 1976’s “Seven Beauties.” Kathryn Bigelow is the only woman to win, for 2009’s “The Hurt Locker.” Besides Gerwig, only two other women have been nominated: Jane Campion for 1993’s “The Piano” and Sofia Coppola for 2003’s “Lost in Translation.”