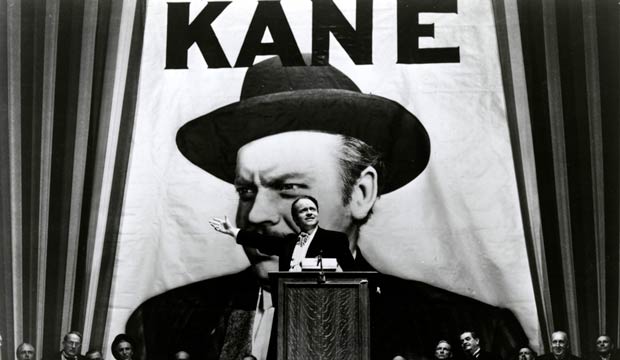 For almost 100 years, the motion picture academy has honored the best in film, but many times the winners aren’t always the best remembered, or the films that go on to become classics. At the 14th ceremony, “How Green Was My Valley” famously won Best Picture over “Citizen Kane,” now considered by most filmmakers, historians and cinephiles as the greatest movie ever made – and even those who disagree acknowledge its profound influence on the industry. Additionally, there were quite a few now-classic films and performances that either didn’t win, or were snubbed altogether. Let’s flashback 80 years ago to the 1942 Oscars ceremony.

Hosted by Bob Hope, the ceremony took place on February 26, less than three months after the bombing of Pearl Harbor and a month after beloved actress Carole Lombard was killed in a plane crash – while returning home after selling war bonds. The ceremony, which was nearly cancelled following these events, was a more somber event, with no formal attire and labeled a dinner instead of a banquet. When looking at the lists of nominees, the winners aren’t as surprising when thinking of these events current to the time.

Theories abound as to why “Citizen Kane” only received one win out of nine nominations. Influential newspaper magnate William Randolph Hearst, who famously despised “Citizen Kane” as Charles Foster Kane was mostly based on him, tried to ruin the film. There was jealousy over wunderkind Orson Welles‘ success; the 26-year-old received bids for directing, writing and acting. Despite a cast of stellar performances, there were no other acting bids, and, despite innovations that changed filmmaking, it lost its bids for cinematography and editing. Legendary composer Bernard Herrmann also received a nom for his scoring of the film; ironically, he was double nominated and won for the forgotten “All That Money Can Buy” – his only competitive win in an impressive career. Welles’ sole win, shared with Herman Mankiewicz, was for Best Original Screenplay. But he wasn’t the only novice filmmaker with a shutout.

“The Maltese Falcon,” one of the greatest film noirs ever made, only scored three bids, including Best Picture. However, John Huston failed to receive a directing bid for his debut effort, although he did receive two writing nominations that year – for Best Screenplay for this film, as well as Best Original Screenplay for “Sergeant York” – and lost both. Humphrey Bogart, in one of his most iconic performances, was left out of the Best Actor race. The film’s third nomination was for Best Supporting Actor, with 62-year-old stage actor Sydney Greenstreet recognized for his debut performance as one cinema’s most memorable villains, “The Fat Man.” He lost to veteran film actor Donald Crisp from “How Green Was My Valley.” Another surprising acting omission actually went on to win that night – for another film.

Although largely remembered for her role as the manipulative Brigid O’Shaughnessy in “The Maltese Falcon,” Mary Astor received her sole Oscar nomination for Best Supporting Actress for “The Great Lie,” winning for her role as a self-centered concert pianist opposite Bette Davis. Davis herself wasn’t nominated for that film, but did receive a nom that year – in an exciting Best Actress race that included the greatest actresses of that generation, as well as a little sibling rivalry.

Much ado was made over the fact that two real-life sisters were competing in the Best Actress category, a rivalry that reportedly sparked a feud between the two that lasted for their lifetimes, as one came away the winner. Joan Fontaine, having lost the year before for her performance as a naive bride in Alfred Hitchcock‘s “Rebecca,” won for her performance as a naive bride in Hitchcock’s “Suspicion,” making her the only acting win from a film helmed by the legendary director. Her sister Olivia de Havilland lost for her role in “Hold Back the Dawn,” but would go on to win twice (for “To Each His Own” in 1947 and “The Heiress” in 1950). They are the only set of siblings to have won lead acting Oscars. Also up were Greer Garson (“Blossoms in the Dust”), who would win the next year for “Mrs. Miniver” and Barbara Stanwyck (“Ball of Fire”), who never won a competitive Oscar. The final nominee was previous two-time winner Davis for “The Little Foxes,” in one of her best roles as the manipulative Regina Giddens. That film set a record for most nominations with no wins at nine, which was matched by “Peyton Place” in 1957 and later beaten by “The Turning Point” in 1978 and “The Color Purple” in 1986, each with 11 nominations and no wins.

In an unusual turn, the Best Actor race wasn’t quite as exciting as Best Actress. Gary Cooper won his first of two competitive Oscars, for his turn as real-life WWI hero “Sergeant York.” Beside Welles, his other competitors were Walter Huston for “All That Money Can Buy” and Robert Montgomery for “Here Comes Mr. Jordan,” which won Best Screenplay and was later remade as “Heaven Can Wait” (1978) with Warren Beatty. Lastly, Cary Grant received his first of only two competitive nominations, for his role in the bittersweet “Penny Serenade.”

Even now, nine of the 10 Best Picture nominees continue to be held in high regard. “The Maltese Falcon” and “Citizen Kane” top many lists of greatest films; “Suspicion” is a must-see in Hitchcock’s impressive catalog; “Blossoms in the Dust,” “Hold Back the Dawn,” “Here Comes Mr. Jordan,” “The Little Foxes” and “Sergeant York” contain some of the finest acting from the Golden Age. But it was a sentimental drama centering on a Welsh mining family, “How Green Was My Valley,” that took home the most wins with five, including the two highest honors. John Ford won his third Best Director Oscar, becoming the first to win two consecutively. It’s a solid film with a cast that includes Walter Pidgeon, Maureen O’Hara and a young Roddy McDowall. Should it have beaten out some of these other contenders? No – but in the wake of the tragedies swirling at the time, this sentimental win is perhaps not as surprising as it seems looking back decades later.

This was also the inaugural year for Best Documentary, with the winner unsurprisingly a WWII propaganda film, “Churchill’s Island.” Walt Disney also had an eventful night, winning Best Short Subject, Cartoon, for “Lend a Paw,” as well as receiving the Irving G. Thalberg Award and an Honorary Oscar for his “advancement of the use of sound in motion pictures” for “Fantasia.”