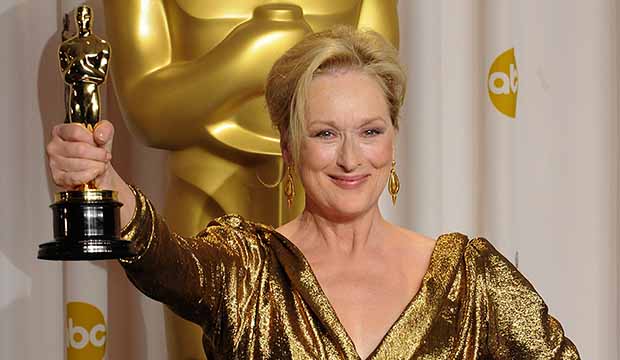 Ten years ago, two films that paid tribute to classic cinema vied for top honors at the 84th Academy Awards ceremony, racing neck and neck with the most nominations of the evening. In the acting categories, there was a first, a third and a record. A popular host returned after an eight-year absence, and a leg became the most talked about event of the night. Let’s flashback to the Oscars ceremony of 2012.

Billy Crystal, who had last presided over the ceremony in 2004, returned for his ninth time hosting, and for the first time since the Best Picture category had expanded to greater than five nominees. Famous for paying homage to each Best Picture nominee in his opening, he proudly managed to include all nine of those films in his opening song routine – which may not have been all that difficult, since some of Hollywood’s biggest names were up for awards. However, it wasn’t big names that won some of the big awards.

Although Martin Scorsese‘s “Hugo” came into the night with the most nominations at 11, “The Artist” was hot on its heels with 10, and ended up with the coveted “Best Picture” honor. Both films pay homage to the early days of Hollywood, with the story of “Hugo” centering around pioneering filmmaker Georges Melies, and “The Artist” shot as a black and white silent film that hearkens back to the earliest movies. Each ended the night with five wins, with “Hugo” winning for its cinematography, sound mixing and editing, visual effects and art direction. But it was “The Artist” that claimed three top awards.

It had been 83 years since a silent film (“Wings” in 1929) won Best Picture, and 51 years since a fully black and white production (“The Apartment” in 1961) achieved the honor, but the Academy went old school and awarded “The Artist” its top prize. Not only was this the first French-produced film to win Best Picture, but Jean Dujardin became the first Frenchman to win Best Actor, and won for the smallest amount of dialogue in a speaking performance, uttering just two words in the film. Michel Hazanavicius beat out Scorsese, Alexander Payne (“The Descendants”), Woody Allen (“Midnight in Paris”) and Terrence Malick (“The Tree of Life”) for the Best Director statue. The film also won for its costume design and score.

The Best Actress race was filled with worthy competitors, but only one came from a Best Picture nominee: Viola Davis for “The Help,” and she was widely favored to win. Her competition included Glenn Close (“Albert Nobbs”), Rooney Mara (“The Girl with the Dragon Tattoo”) and Michelle Williams (“My Week with Marilyn).” However, the winner was a familiar face, with Meryl Streep receiving her third acting award, this time for her role as Margaret Thatcher in “The Iron Lady.” She seemed a bit surprised herself, but remembered to thank her husband, as well as her longtime makeup artist and hairstylist J. Roy Helland, who has worked with her since her early years, and who received his first ever nomination for his work on this film. He (with Mark Coulier) made “Iron Lady” two-for-two by winning for Best Makeup.

Although Davis missed out on Best Actress, her “The Help” co-star Octavia Spencer won in supporting, beating out another co-star, Jessica Chastain. Also vying in this category were Berenice Bejo (“The Artist”), Janet McTeer (“Albert Nobbs”) and Melissa McCarthy (“Bridesmaids”).

For Best Supporting Actor, 82-year-old Christopher Plummer beat out Kenneth Branagh (“My Week with Marilyn”), Jonah Hill (“Moneyball”), Nick Nolte (“Warrior”) and Max von Syndow (“Extremely Loud and Incredibly Close”) to become the oldest acting winner in Academy history, earning a statue for his role in “Beginners.” Upon accepting the award, he laughingly declared, “You’re only two years older than me, darling. Where have you been all my life?” In 2021, 83-year-old Anthony Hopkins overtook Plummer as the oldest acting winner, with his Best Actor victory for “The Father.”

With “The Artist” and “Hugo” claiming 10 awards, there wasn’t much left to go around. Brad Pitt was up for Best Picture and Best Actor for “Moneyball,” which tied with Steven Spielberg‘s “War Horse” with six nominations – and zero wins. The two screenplay winners were the only victories for their films, with Allen winning Original Screenplay for “Midnight in Paris” (four nominations) and Payne, Nat Faxon and Jim Rash winning Adapted Screenplay for “The Descendants” (five nominations).

But the winner for most memorable moment goes to. . . a leg. Angelina Jolie‘s right leg, to be exact. Wearing a beautiful black Versace gown with a thigh-high slit, Jolie offered one of the most infamous red carpet poses ever: leg boldly poking out from that slit, left hand on hip. As she presented both screenplay awards, Jolie struck the same pose at the podium, which screenplay winner Rash imitated as he accepted his award. THAT’s how you make yourself memorable at the Oscars.