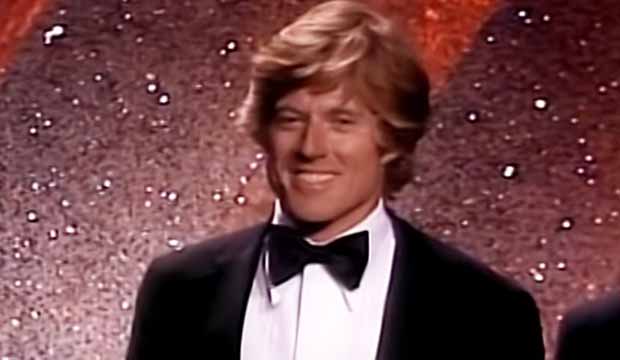 The pandemic has had a huge impact on the entertainment industry, including the rescheduling of the 2021 Academy Awards ceremony from February 28 to April 25 — but this isn’t the first time an historic event has caused a change of date for the annual event. On the afternoon of March 30, 1981, President Ronald Reagan was shot and seriously injured, prompting the Academy to delay the ceremony. Fortunately, by the next day, the president was on his way to recovery, and the show was able to proceed.

Johnny Carson, hosting for the third year in a row, referred to the delay and near tragedy in his opening remarks: “That old adage ‘the show must go on’ seemed relatively unimportant.” Reagan not only offered his blessing for the event to go on, but had weeks before pre-taped a monologue to kickstart the ceremony. It was a solemn opening, leading into one of Oscar’s more lackluster events, offering few surprises and no one big winner. However, looking back to 40 years ago, there are a few interesting tidbits to share.

It was a rare year in which most of the major nominations were split almost evenly among the five Best Picture nominees, with “The Elephant Man” and “Raging Bull” at eight, “Coal Miner’s Daughter” at seven and “Ordinary People” and “Tess” at six. None swept, but “Ordinary People” came out on top, winning four big awards, including the top prize and Best Adapted Screenplay. Actor-turned-director Robert Redford is one of only six men to win Best Director for his film debut. And at the age of 20, Timothy Hutton became the youngest winner of Best Supporting Actor, a title he holds 40 years later, beating Jason Robards (“Melvin and Howard”), who had won both of his previous nominations in this category. The other three nominees, all first-timers like Hutton, were his “Ordinary People” costar Judd Hirsch, Michael O’Keefe for “The Great Santini” and Joe Pesci for “Raging Bull,” which would reflect a ceremony 10 years later.

After over a decade of masterful filmmaking, director Martin Scorsese finally nabbed his first Best Director nomination for “Raging Bull.” His loss to an actor winning on his directorial debut would happen again 10 years later, when both he and his film “Goodfellas” would lose to Kevin Costner and “Dances with Wolves” (however, Pesci would triumph for “Goodfellas” that year). “Raging Bull” ended up with only two statues: Best Film Editing and Best Actor for Robert De Niro, who took home his first, and to date only, Best Actor statue (he won in the supporting category for “The Godfather, Part II in 1975).

Another nominee now considered a classic unbelievably won none of its eight nominations. “The Elephant Man” walked away empty-handed awards night. However, there was much outrage that the film’s make-up department received no recognition; at the time, there was no special category for make-up, and the Academy only occasionally gave a special award for a film’s achievement in this department. In response to the outcry, the Academy created the Best Make-up category the next year.

Usually, at least one veteran wins in at least one of the acting categories, but 40 years ago De Niro was amazingly the oldest acting winner at 37 years. Thirty-one-year-old Sissy Spacek was the lone winner for “Coal Miner’s Daughter,” snagging Best Actress for her portrayal of country music legend Loretta Lynn. In the Supporting Actress category, 28-year-old Mary Steenburgen won for “Melvin and Howard,” beating out the oldest nominee ever in that category (at the time). At the age of 82, Eva Le Gaillienne scored her lone nomination for the film “Resurrection,” and would hold the oldest nominee record in this category for 11 years. She is also the last acting nominee to be born in the 1800s.

A sixth film garnered as many nods as some of the Best Picture nominees. The musical drama “Fame” came into the night with six nominations, and triumphed in both music categories. Michael Gore won for both Original Score and Original Song (shared with Dean Pitchford). The title song “Fame” beat out its sister song “Out Here on My Own,” as well as the still popular “9 to 5” and “On the Road Again.” Irene Cara, Dolly Parton and Willie Nelson were all on hand to perform their now-classic songs.

Besides having a big night for his film “Ordinary People,” Redford had the privilege of presenting a much deserved Honorary Oscar to the legendary Henry Fonda. Amazingly, Fonda had received only one acting nomination during his 46-year career, for “The Grapes of Wrath” 40 years prior. The next year he would return to win Best Actor for “On Golden Pond,” but ill health would prevent him from attending that ceremony.