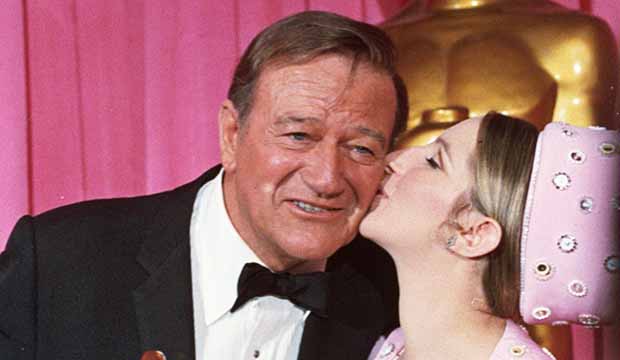 Current Best Picture nominee “Once Upon a Time in Hollywood” dramatizes a time of transformation in the entertainment capital. Quentin Tarantino‘s take on those changes in 1969 is reflected in the 42nd Academy Awards ceremony that was held on April 7, 1970. That night exactly 50 years ago was a blend of celebrating the newer, innovative filmmakers as well as honoring the pioneers of the business.

Throughout the 1960s, Academy members favored showy epics or musicals, with four Best Picture winners from that decade being musicals. In fact the last year of the 1960s saw a win for “Oliver!,” which also became the only G-rated film to win the the top prize. One year later Oscar history was made again when “Midnight Cowboy” won that same award, becoming the only picture with a “X” rating to win Best Picture. Its win over the historic biopic “Anne of the Thousand Days,” the lavish musical “Hello, Dolly!” and the buddy western “Butch Cassidy and the Sundance Kid” foreshadowed the grittier filmmaking that would emerge in the 1970s cinema. Best Director winner John Schlesinger gave us a now classic film that helped set the tone for the bleaker, more realistic films that define that era.

Both “Midnight Cowboy” and “Butch Cassidy” also helped to usher in a new type of male buddy film, and have become two of the most iconic films in this subgenre of the past 50 years, despite the very different tones of the two movies. Whereas “Cowboy” was bleak, “Butch Cassidy,” had a more lighthearted tone, with the two leads bickering as they worked together. The friendship between Rick Dalton (Leonardo DiCaprio) and Cliff Booth (Brad Pitt) at this year’s ceremony for “Once Upon a Time” has been likened to those outlaw partners Butch Cassidy (Paul Newman) and the Sundance Kid (Robert Redford) from the ceremony five decades ago.

The fifth Best Picture nominee from 50 years ago has common ground with a current nominee. This year, much ado is being made about South Korean “Parasite” being only the 12th foreign language film to garner a Best Picture bid. At the 1970 ceremony, the Austrian film “Z” made Oscar history by becoming the first film to be nominated for both Best Foreign Language Film (it won this and film editing) and Best Picture, and only the second overall to receive a bid in the top category.

One of the more unusual aspects of the group of 1970 acting winners is that none of them appeared in a film nominated for Best Picture. Veteran actor Gig Young became the sole winner for “Horses” when he landed the Best Supporting Actor prize for his portrayal of a dance marathon MC. Hollywood Golden Era favorite John Wayne won Best Actor for playing one-eyed Rooster Cogburn in the classic western “True Grit” (beating two up-and-comers in Dustin Hoffman and Jon Voight), Dame Maggie Smith, whose career had been based largely on stage or television, won the Best Actress prize (her first of two) as the headstrong title character in “The Prime of Miss Jean Brodie.” And lastly, then-newcomer Goldie Hawn won in the supporting category for her debut in the romantic comedy “Cactus Flower.”

Like this year, the ceremony in 1970 had no host for the second year running. At that ceremony, the Academy opted to have 17 “Friends of Oscar” present, which included legendary favorites such as Bob Hope, Elizabeth Taylor, Fred Astaire and Wayne as well as contemporary performers such as Barbra Streisand, Clint Eastwood and Voight.

Fifty years ago, there was no one big winner. “Butch Cassidy” took home the biggest number of trophies with four. Will 2020 be another year in which the Academy spreads the love among a lot of different films?