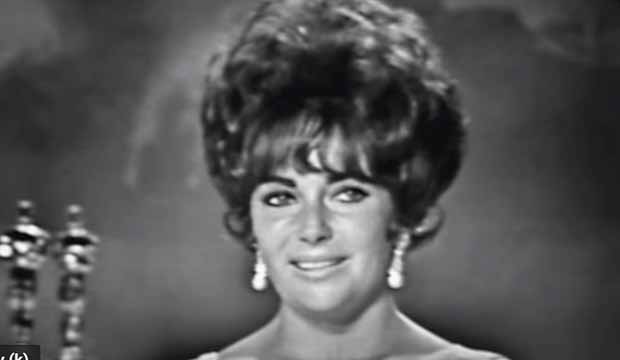 Some movies, performances and moviemakers are so iconic that it’s easy to assume the Academy recognized them at some point, and it can be astounding to find out that some of them failed to take home a statue. Such is the case with the 33rd annual Academy Awards ceremony, helmed by iconic host Bob Hope on April 17, 1961. Whereas a deserving picture did win, a few equally memorable movies and performances were left out, a legendary director would lose his last chance at the statue and it was both the first and last year for some Oscar traditions.

Prolific writer and director Billy Wilder was no stranger to the Academy – in fact, he already had 17 nominations and three wins prior to 1960. However, this would prove to be an historic year for him, as he became the first individual to win Best Picture, Best Director and Best Screenplay (Original) all in the same year, for the comedy-drama “The Apartment” – a feat which has only happened six times in the 60 years since. The film, which would be the last black and white film to win the top prize until “Schindler’s List” in 1993, had come into the night with the most nominations at 10, winning five, including Best Art Direction (Black and White) and Best Film Editing. However, it surprisingly lost all three of its acting bids, and even more surprising, Fred MacMurray wasn’t recognized at all, despite this being one of his most memorable performances that had him cast against type. And, amazingly, there were very few wins from the other Best Picture nominees, with there being more memorable snubs than memorable Best Picture nominees.

The film to have the largest nomination-to-win ratio was not even up for Best Picture. The now-classic epic biopic “Spartacus” was left out of almost every major category, but did win four out of six bids, including a Best Supporting Actor trophy for Peter Ustinov, who beat out Peter Falk (“Murder, Inc.”), Jack Kruschen (“The Apartment”), Sal Mineo (“Exodus”) and Chill Wills (“The Alamo”). The Academy failed to recognize director Stanley Kubrick or star Kirk Douglas – for what is now his most iconic role. The film also won for its cinematography, art direction and costume design.

Another now-classic film omitted from the running was “Psycho,” which only received four nominations and no wins. Although Alfred Hitchcock did receive a Best Director nomination, it was rather bittersweet, as it would turn out to be his last. Out of five career nominations, the man considered to be one of cinema’s greatest directors never won a Best Director statue, although he did receive the Irving G. Thalberg Memorial Award in 1968. Anthony Perkins was also snubbed for his career-defining portrayal of Norman Bates; however, co-star Janet Leigh did get a Best Supporting Actress nomination.

So, who were the other contenders for the big prize? At three, “Elmer Gantry” came in third for number of wins behind “The Apartment” and “Spartacus,” and it was three major wins, including Best Adapted Screenplay. Burt Lancaster, as the title character, triumphed over an impressive list of competitors for Best Actor, winning for his portrayal of a con man evangelist. He beat out two former Best Actor winners who had multiple previous nominations, Laurence Olivier (“The Entertainer”) and Spencer Tracy (“Inherit the Wind”), as well as former Best Supporting Actor winner Jack Lemmon (“The Apartment”). Lemmon eventually won in this category in 1974, but the fifth nominee, Trevor Howard, received his only nomination in 1961, for his work in “Sons and Lovers,” despite an impressive body of work.

The third win for “Elmer Gantry” was in the Best Supporting Actress category. Every actress in this category was a first-time nominee, and four of the five received their sole nominations, with the exception being Shirley Knight, who received one more two years later. Winning for her role as a good-girl-turned-prostitute, Shirley Jones triumphed over Leigh (“Psycho”), Knight (“The Dark at the Top of the Stairs”), Glynis Johns (“The Sundowners”) and Mary Ure (“Sons and Lovers”).

John Wayne campaigned hard for his first directorial effort, “The Alamo,” which he also produced. Although Hitchcock knocked him out in the Best Director category, Wayne did manage seven nominations, including Best Picture, but only came away with one win. Wills’ aggressive and tasteless campaigning for Best Supporting Actor reportedly angered Wayne, and turned off many voters. The British film “Sons and Lovers” triumphed in only one of its seven nominated categories, winning for Best Cinematography (Black and White), while the Sundowners lost all five of its nominations – one of which was for an oft-nominated actress who sadly never won.

Deborah Kerr received her sixth and final Best Actress nomination in 11 years for her role in “The Sundowners,” leaving empty-handed once again, although she would receive an Honorary Award in 1994. The other nominees were Greer Garson (“Sunrise at Campobello”), who received her seventh nomination and was the only previous winner in this category; Shirley MacLaine (“The Apartment”), who received her second nomination; and Melina Mercouri (“Never on Sunday”), who received her sole nomination. But the top prize went to Elizabeth Taylor, winning on her fourth career nomination, for her role as a call girl in “Butterfield 8.” The much-loved actress had nearly died just a few weeks before following a bout with pneumonia and a tracheotomy, and was visibly frail as she accepted her statue.

Two Honorary Oscars were handed out this year, to Gary Cooper and Stan Laurel. Cooper was too ill to attend, and an emotional Jimmy Stewart accepted on his behalf. It was announced the next day that Cooper had cancer, and he died less than a month later.

This was the last year that the special Juvenile Award was presented. Beginning in 1934, a dozen children were given this miniature statuette for exceptional performances by actors under the age of 18. Hayley Mills received the last such honor on this night, for her portrayal of the title character “Pollyanna.” Two years later, 16-year-old Patty Duke would win Best Supporting Actress for “The Miracle Worker,” proving that a juvenile could win in the competitive categories, and this special award was discontinued.

This ceremony saw a few “lasts,” but there were also some “firsts.” “Never on Sunday” became the first Best Song winner from a foreign-language film. This was the first year that the ceremony was broadcast on ABC, where it has remained almost every year since, except for 1971-75. And it was also the first year for one of the most iconic parts of the ceremony – the red carpet.