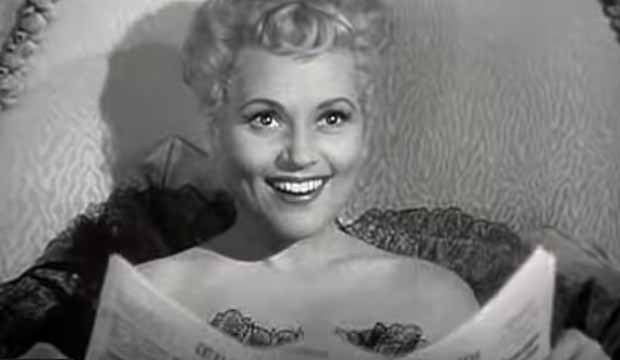 For this Oscar flashback, we’re throwing it back 70 years to the night of March 29, 1951. The affable Fred Astaire hosted for his first and only time, helming one of the most memorable ceremonies in Academy history. Two now-iconic films battled in a number of categories, with one setting Academy records that hold today. There were surprising wins in the acting categories, with Broadway being well-represented on the night that honors film. It was an especially great year for women, with two grande dames of film facing off for their now-legendary portrayals of aging actresses, and the Best Actress category being one of the best in the history of the Academy. One can almost hear Bette Davis saying, “Fasten your seatbelts. It’s going to be a bumpy night.”

On a night in which three of the four acting winners triumphed for roles they had also played on Broadway, it’s rather fitting that a drama centering around theatre life won the big prize. “All About Eve” is one of the most acclaimed films ever, receiving a record-setting 14 nominations – a record matched by “Titanic” in 1998 and “La La Land” in 2017, but not yet beaten. Besides Best Picture, the film won Joseph L. Mankiewicz his SECOND consecutive pair of Oscars for directing and writing, having won the previous year for “A Letter to Three Wives” (although that film failed to win Best Picture). Seventy years later, he remains the only person to have won for Best Director and Best Screenplay two years in a row. The film also won an acting award and for costume design (more on these in a minute), as well as Best Sound – which was presented by Marilyn Monroe, who had a small but memorable role in the film. This would be her only appearance at an Academy Awards ceremony.

Ironically, “All About Eve’s” biggest competitor was another film about an aging actress – the fabulous silent film star Norma Desmond, as played by Gloria Swanson. “Sunset Boulevard” came into the night with a hefty number of nominations as well – 11 to “Eve’s” 14. “Eve” walked away with six wins, whereas “Sunset” came away with only three, including, unsurprisingly, Best Writing for Charles Brackett, Billy Wilder and D.M. Marshman, Jr. Its other two wins were for Best Art Direction (Black and White) and Best Music. What is surprising is the lack of acting wins.

The competition was truly epic in the Best Actress category. Many believe “Eve” costars Davis (a two-time winner on her ninth out of 11 nominations) and Anne Baxter (a previous Best Supporting Actress winner) cancelled each other out, with the thought that Davis would have been a shoo-in if Baxter had been placed in the supporting category. But then there’s Swanson, whose epic comeback in “Sunset Boulevard” resulted in her third Oscar nomination – with her other two having been in 1929 and 1930. So, two legendary actresses playing legendary actresses, along with an actress playing an ingenue who stole a role from one of the aging actresses, were all competing against one another. And the Oscar went to . . . comedienne Judy Holliday, winning on her sole nomination for reprising her acclaimed Broadway role of Billie Dawn in Best Picture nominee “Born Yesterday,” and was the only win out of five nominations for that film. Eleanor Parker rounded out the category for “Caged,” earning her first of three career nominations.

In the Best Actor category, Jose Ferrer won for the role that had won him a Tony on Broadway, “Cyrano de Bergerac,” making him the first Hispanic actor to win an Academy Award. He was against some stiff competition, including two former winners in this category, James Stewart for “Harvey” and Spencer Tracy for “Father of the Bride” – both of which would become iconic roles for these men. William Holden received his first career nomination out of three for his role in “Sunset Boulevard.” He also has the distinction of starring in two of the Best Picture nominees, with the other being “Born Yesterday.” Although he failed to win at this ceremony, he would win three years later for “Stalag 17.” The final nominee in this category was Louis Calhern, who earned his sole nomination for his role as Oliver Wendell Holmes, Jr., in “The Magnificent Yankee.”

In the supporting categories, George Sanders was the sole acting victory for “All About Eve,” winning for his portrayal of sardonic theater critic Addison DeWitt. Out of the five nominees in this category, four received their sole Oscar nomination – Sanders, Jeff Chandler for “Broken Arrow,” Sam Jaffe for “The Asphalt Jungle” and Erich von Stroheim for “Sunset Boulevard.” Edmund Gwenn (“Mister 880”) had won a supporting award three years before for his role as Kris Kringle in “Miracle on 34th Street.” Josephine Hull took home Supporting Actress for “Harvey,” winning for the role she had originated on Broadway. She beat out “All About Eve” co-stars Thelma Ritter (her first of six nominations with no wins) and Celeste Holm (who had won three years before for “Gentleman’s Agreement”). Nancy Olson and Hope Emerson each received their sole career nominations, for “Sunset Boulevard” and “Caged” respectively.

A big winner for the night, and another female legend, was costume designer Edith Head, who holds the record for most Oscars won by a woman with eight (out of an astounding 35 nominations). Head received at least one nomination every year between 1949 (the inaugural year for this award) and 1967, with separate awards being given for black and white films and color films during this time. In 1951, she won in both categories, for “All About Eve” (black and white) and “Samson and Delilah” (color). She had also won the previous year and would win again in 1952.

The other Best Picture nominees were the comedy “Father of the Bride,” which failed to win any of its three nominations, and “King Solomon’s Mines,” which won its other two nominations in Best Cinematography, Color, and Best Film Editing. Two films that were surprisingly snubbed in this category were the now-classic films “The Third Man,” which did receive three nominations, including Best Director, and won for Best Cinematography, Black-and-White; and “The Asphalt Jungle” (another film featuring a young Marilyn Monroe), which lost all four nominations, including three big ones – Best Actor, Best Director and Best Writing, Screenplay.

Another beloved film from that year received three nominations. Walt Disney‘s “Cinderella” received bids for Scoring of a Musical and Sound Recording, as well as for Best Song, “Bibbidi-Bobbidi-Boo,” which lost to the iconic Nat King Cole song “Mona Lisa” from “Captain Carey, U.S.A.”