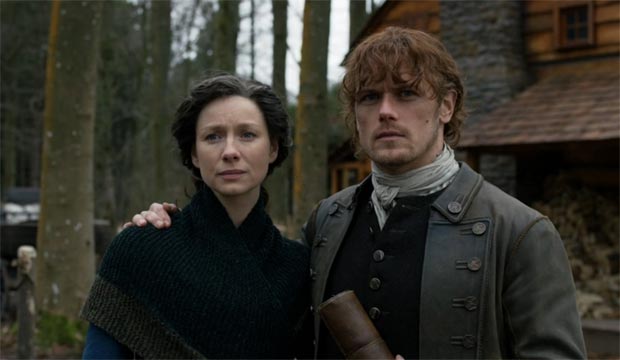 Season 5 of “Outlander” premieres this Sunday night on Starz, just over a year after the acclaimed fourth season finale. As is always the case with “Outlander,” anticipation is at fever pitch after what is affectionately known as another arduous droughtlander, where the show goes off air for months on end between seasons.

This season is based on “The Fiery Cross,” the fifth book in Diana Gabaldon‘s “Outlander” series of novels. The season will follow Claire (Caitriona Balfe) and Jamie (Sam Heughan), who have built a new life together in the New World alongside their daughter Brianna (Sophie Skelton) and her fiancé Roger (Richard Rankin) as they navigate the tumultuous politics of the impending American Revolution.

In anticipation of Season 5, which promises even more romance, intrigue and time travel, click through our photo gallery above of the Top 15 most romantic scenes of the first few seasons of your favorite show. Some of our choices:

The 7th episode of Season 1, when Claire and Jamie get married.

The 4th episode of Season 3, when Jamie must leave his son behind.

The 11th episode of Season 1, when Jamie swoops in to save Claire yet again.

What are your selections for the greatest, sexiest moments in the history of “Outlander”? Chime in now with your comments below.