Paris Hilton‘s new reality TV show on Peacock, “Paris In Love,” chronicles her engagement and ultimate marriage to businessman Carter Reum over the course of 13 episodes. How did the star and executive producer come up with the concept for the new series? “I had just signed my deal with Warner Bros. for my new production company, Slivington Manor Entertainment, and we were just talking about all the different projects and ideas,” she reveals. “[We were] getting married soon and they were asking us about that, so it was just Carter and I going back and forth talking about it.” Hilton joins Gold Derby as part of our Meet the Experts: Reality TV panel (watch the exclusive video interview above).

The media personality adds, “I just felt that with my documentary, ‘This Is Paris,’ it just ended in a way that my life was just completely different and I just wanted my fans to see that I found my happily ever after.” The television program premiered on November 11, 2021, the same day Hilton and Reum officially tied the knot.

“[‘Paris In Love’] is definitely different than anything I’ve ever done before,” explains Hilton, “because on my other shows I was playing a character, I was having a lot of fun with it, I obviously was not at home, I was traveling all over. So this was different because it was here at home in LA with my family. It was the first time we’ve all done something together… It was a lot of fun to capture all that.” Her sister Nicky Hilton, brother Barron Hilton and mother Kathy Hilton are just some of the family members who appear on the program.

While Hilton is used to being in the spotlight, the experience was “definitely new” to Reum, she reveals. “He is a serious entrepreneur and he also comes from a town of a thousand people — very small town boy. He’s not used to the cameras, but he knew that it was something important to me and he loves me very much. But yeah, it did take some convincing.”

Sadly, not everything from couples’ three-day wedding could make it onto the show because there were “just so many incredible and romantic and magical parts that it probably would have been like 10 episodes at least.” She explains how one of the biggest challenges behind the scenes was “figuring out my schedule since I’m constantly traveling [and] doing so many different projects.”

Also in our exclusive video interview, Hilton talks about being a “chill bride,” she reflects on the relatable park scene with her brother, she discusses how she and her mother grew closer because of “Paris In Love” and she calls herself a “kid at heart.” 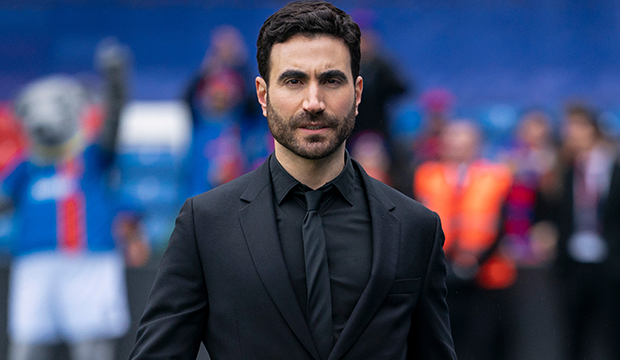