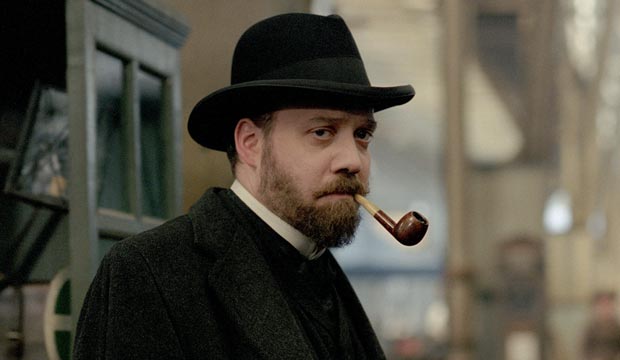 On June 6, 2019, award winning actor Paul Giamatti will celebrate his 52nd birthday. He is currently about to finish up his fourth season on the hit Showtime series “Billions” but is even more well known for his film career.

A graduate of the Yale Drama School, Giamatti began his career on the New York stage. He has appeared on Broadway four times in productions from esteemed authors Tom Stoppard, David Hare, Anton Chekov and Eugene O’Neill but surprisingly his rise to fame would come from playing a character named “Pig Vomit” in the movie version of Howard Stern’s book “Private Parts.” Giamatti played the part of an NBC radio executive who constantly battles Stern over obscenity rules and is practically driven mad by his never-ending battles with Stern.

Take tour of our photo gallery above featuring his 15 greatest film performances, ranked from worst to best. Our list includes the films mentioned above, plus “American Splendor,” “Barney’s Version,” “Man on the Moon,” “12 Years a Slave,” “Straight Outta Compton” and more.