Few television episodes were as memorable in 2020 as “On the Run,” the sixth episode of Season 2 of “What We Do in the Shadows,” which introduced the show’s fans to Jackie Daytona. The alter-ego of breakout character Laszlo (Matt Berry), Jackie Daytona launched countless memes and was so well-received that “On the Run” was one of three episodes from “What We Do in the Shadows” nominated for writing at the 2020 Emmy Awards. But when it came time to sit down to write Season 3, showrunner and writer Paul Simms says it was clear Jackie Daytona needed to stay in the show’s past.

“It was such a unique episode, even within the context of the show, that it was this weird episode that started like a normal episode and then suddenly veered off and became a different kind of documentary almost like ‘Harlan County, USA’ or something,” Simms tells Gold Derby during our “Meet the Experts” panel. “The discussion about whether to do it again was very short. It was like, ‘Is there a way to have Jackie Daytona come back?’ And we were like, ‘No, we did it. It’s never gonna be as good. It’s what everyone thinks they want but then when they actually see whatever we can get that we came up with, they’ll go, yeah, it was better the first time.’”

But the breakout success of Jackie Daytona and the accolades the episode helped “What We Do in the Shadows” earn for its second season – not just three Emmy Award nominations for writing, but recognition from the Writers Guild Awards in the Comedy Series category – provided Simms and the writers a sense of freedom. “I do think that did give us the sort of confidence in Season 3 and Season 4, which we just shot, to go like, well, we can do more of these sort of episodes because people will know the characters well enough now that they’ll follow us anywhere and we can do weirder episodes and not worry about anyone be confused about departures from the usual format,” he adds.

Based on the 2014 movie of the same name, “What We Do in the Shadows” combines horror and comedy in a mockumentary style to focus on the lives of four vampire friends and roommates living on Staten Island. The show, a nominee again at the WGA Awards in 2022, is known for its elastic style and deadpan comedy, attributes perhaps best exhibited during Season 3 in the third episode, “Gail.” During “Gail,” events conspire where the show’s vampires and werewolves end up battling in a game of kickball – a sequence that directly references the infamous “Twilight” baseball scene right down to the use of Muse’s “Supermassive Black Hole” as musical accompaniment.

“We never really want to parody things and go, ‘look how silly vampire movies are,’” Simms says. “But that particular scene from ‘Twilight’ was something we watched in the writers’ room and from the beginning because it’s such a fun and weird scene. … We wanted to do as faithful a version of that as possible.”

“What We Do in the Shadows” will return for Season 4. 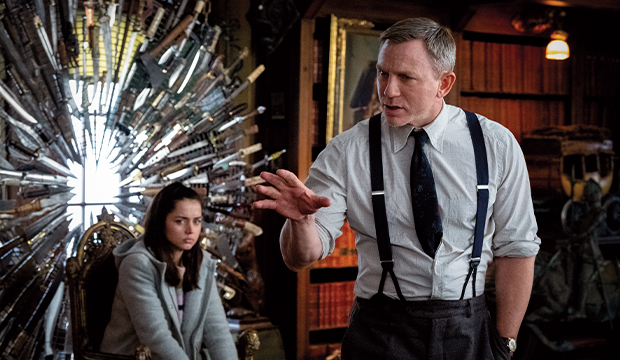 No laughing matter: 'Abbott Elementary' poised to be the next mockumentary to win Emmys